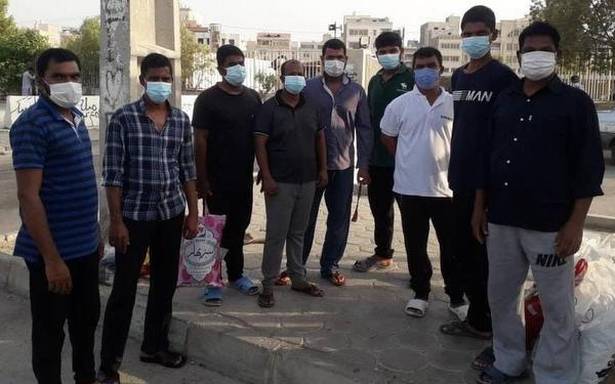 When the below poverty line family from Pallam Annai Nagar near Kanniyakumari saw its sole breadwinner S. Sahaya Vijay, 23, flying to Kuwait in October 2019 to work in a fishing trawler, the family, which had lost its head only a year ago to a mid-sea mishap, hoped that the youth would bail the family out of poverty.

But he has returned home empty-handed after 20 months of incarceration in an Iranian prison along with eight of his colleagues, also from Kanniyakumari district. After Mr. Sahaya Vijay lost his father Sahayam in a mid-sea tragedy in December 2018 when his catamaran capsized, the youth, a SSLC dropout, decided go abroad to work in a fishing trawler as a good number of fishermen from Kanniyakumari district are working in mechanised boats in the Middle East and earn a decent income.

“As he sailed along with others on January 15, the boat accidentally entered Iranian waters that led to the detention of the trawler with the nine-member crew and their subsequent lodging in an Iranian prison on charges of espionage,” says S. Sahana, his elder sister.

His family received information about his detention only after 10 days of the incident. Ms. Sahana was able to contact him 90 days later when Mr. Vijay managed to get a phone made available illegally inside the prison.

“When Mr. Vijay and others went to collect the cages they had lowered, Iranian coast guard swooped on them. Since the cages were marked with sensors to send signals to the trawler, the Iranian officials found it easy to accuse them of spying in the guise of fishermen,” Ms. Sahana said.

As the families of all nine fishermen launched a unified effort by hiring an Iranian advocate through the Indian Embassy there, it eventually ended up in the nine prisoners submitting clemency petition which had apparently ensured their release after 20 months of imprisonment.

“My brother has returned home empty-handed. Even the dress he was wearing when he boarded the flight for Chennai was sponsored by someone else in Iran. The government, at least now, should extend a helping hand to bail us out from this misfortune,” Ms. Sahana says.