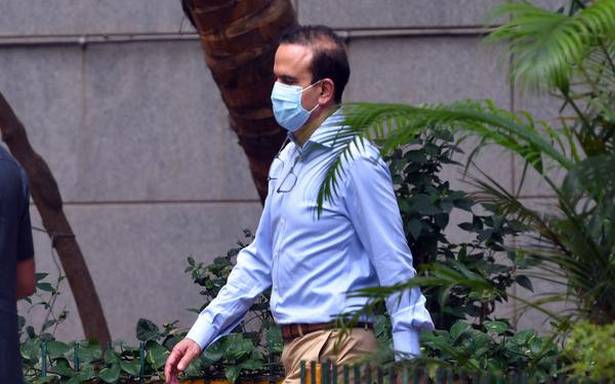 The Maharashtra government told the Bombay High Court on Friday that no coercive action would be taken against former Mumbai Police Commissioner Param Bir Singh till October 20 on a plea by him seeking to quash the FIR in an atrocities case of 2015.

Additional public prosecutor J.P. Yagnik told a Division Bench of Justices S.S. Shinde and N.J. Jamadar that a statement made by the State on May 24 would be extended till October 20.

The court was hearing a petition filed by Mr. Singh seeking to quash the FIR filed against him at the Bazzar Peth police station, Kalyan and it was also registered at Akola. The plea states, “The FIR refers to an event of 2015 and is belatedly registered after having failed to pressure him to withdraw his complaint against former Home Minister Anil Deshmukh.”

On March 20, 2021, Mr. Singh had written a letter to Chief Minister Uddhav Thackeray alleging that Mr. Deshmukh directed the suspended police officer Sachin Vaze to collect ₹100 crore from bars and restaurants over a month.

The case pertains to the FIR, which was registered on April 24, 2021, by inspector Bhimraj Ghadge against Mr. Singh who booked him under several Sections of the Scheduled Castes and Scheduled Tribes (Prevention of Atrocities) Act, the Civil Rights Protection Act, the Indian Penal Code along with The Maharashtra Police Act at Akola.

‘No action against Rashmi’

Meanwhile, Mr. Yagnik also informed the same Bench that no coercive action would be taken against IPS officer Rashmi Shukla in the case of alleged leak of phone calls regarding transfers of police officials.

The petition filed by Ms. Shukla seeks to quash the FIR which charged her under the Indian Telegraph Act and The Official Secrets Act. The FIR filed by an unidentified person books Ms. Shukla for leaking confidential documents related to corruption in police transfers in Maharashtra.

This case dates back to March, when Leader of the Opposition Devendra Fadnavis cited a letter allegedly written by Ms. Shukla to the then Maharashtra Director General of Police Subodh Jaiswal about alleged corruption in police transfers. The letter is believed to have relied upon leaked conversations by Ms. Shukla. Soon thereafter, Maharashtra Chief Secretary Sitaram Kunte in a report to Mr. Thackeray alleged that Ms. Shukla had leaked the confidential report to Mr. Fadnavis, which led to the FIR.

Both the matters will be heard by a Division Bench of Justices Nitin Jamdar and S.V. Kotwal.