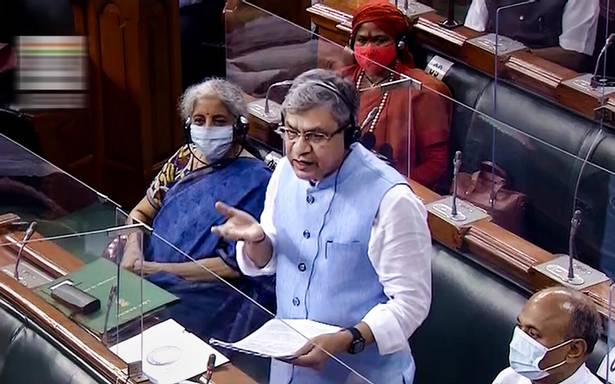 News of Pegasus software being used to illegally tap phones is an attempt to malign Indian democracy, he says

Information Technology Ashwini Vaishnaw on Monday told the Lok Sabha that no illegal surveillance was possible in India, given its laws and robust technological framework. He alleged that the news of a Pegasus software being used to illegally tap phones was an attempt to malign the Indian democracy.

Making a suo motu statement on the Pegasus project, he said there was no factual basis to the reports.

“A highly sensational story was published by a web portal last night. Many over the top allegations were made around this story. The press reports appeared a day before the monsoon session of Parliament. This can’t be a coincidence,” he stated.

“In the past, similar claims were made regarding the use of Pegasus on WhatsApp. Those reports had no factual basis and were denied by all parties. Press reports of July 18 also appear to be an attempt to malign Indian democracy and its well-established institutions,” he observed.

It was not possible to ascertain whether any hacking or attempted hacking took place without submitting the phone to a technical analysis, he contended.

The story published by The Wire about alleged snooping on activists, journalists, Opposition leaders using Pegasus, an Israeli software, has been raised by several political leaders. The Congress demanded an independent investigation.