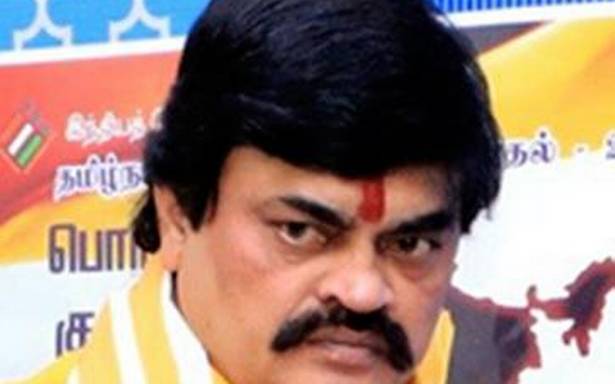 Meets EPS on his return from Delhi

Putting an end to the rumour that he was planning to join the BJP, former Minister K.T. Rajenthra Bhalaji met AIADMK co-coordinator Edappadi K. Palaniswami in Chennai on Thursday. Mr. Bhalaji, who is also AIADMK Virudhunagar West district secretary, said that he met Mr. Palaniswami and recalled that he had been in the party since the days of M.G. Ramachandran, and would not leave it.