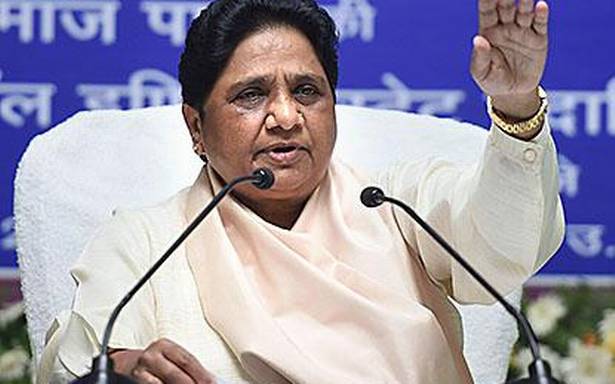 Following a report by a news channel, the former U.P. Chief Minister said, ‘This news is absolutely false, misleading and baseless. There is not even an iota of truth in it’.

Bahujan Samaj Party (BSP) supremo Mayawati on Sunday ruled out the possibility of an alliance with the Asaduddin Owaisi-led All India Maljis-e-Ithehadul Muslimeen (AIMIM) in the 2022 Uttar Pradesh election.

She said that a news channel had reported that the two parties would contest the Assembly election together.

“This news is absolutely false, misleading and baseless. There is not even an iota of truth in it and the BSP strongly denies it,” the former UP Chief Minister said in a statement on Twitter.

Ms. Mayawati further said that apart from Punjab, the BSP would contest the upcoming State polls in Uttar Pradesh and Uttarakhand on its own, without any alliance.

Her clarification comes months before the Uttar Pradesh polls are scheduled to be held and amid speculation that her party would rope in the support of smaller parties.

Mr. Owaisi’s party is part of the Bhagidari Sankalp Morcha, a loose formation of smaller outfits led by Om Prakash Rajbhar, president of the Suheldev Bharatiya Samaj Party, and includes OBC leaders such as Babu Singh Kushwaha, who like Rajbhar is a former BSP leader.