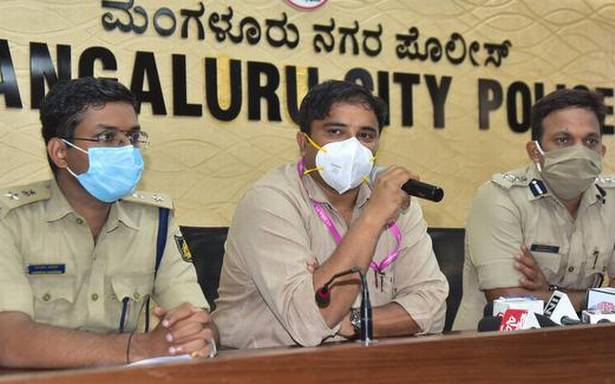 While asking people to avoid social gathering, Deputy Commissioner K.. Rajendra on Friday said that each person should take responsibility to ensure that their family members follow all safety protocols and break the chain of transmission of the virus and overcome the second wave.

Talking to reporters here, Dr. Rajendra said that restrictions put in place by the State government during the weekdays and during the weekend curfew were all intended to stop the surge of COVID-19 cases.

“These restrictions have been put in place following recommendations of the technical committee. If we fail to follow them, then we have to brace for more stringent restrictions in the coming days,” Dr. Rajendra said and added that in the last couple of days, the district reported around 500 positive cases every day.

The Deputy Commissioner said that no residential college will be allowed to hold physical classes by calling students to classrooms till May 4. “We have issued notice to a few colleges which have conducted such classes,” he said and asked these establishments to give the option to students to go to their native places along with their parents.

Engineering colleges were conducting examination by following the standard operating procedure for COVID-19 prevention prescribed by Visvesvaraya Technological University. “In some of these colleges, students tested positive and a process is on to trace their primary and secondary contacts. I am seeking clarification from the university on postponing examination in these colleges,” he said.

Construction activities, which were among essential activities allowed during weekdays, will remain closed during the weekend curfew on Saturday and Sunday. Dr. Rajendra said that construction agencies have been told to ferry workers in their vehicles and not rely on public transport during weekdays. They have also been told make arrangements for running community kitchen to feed workers.

While eateries in the city will remain closed during the weekend curfew, those on the National Highways will be allowed to provide food parcels.

Stating that the district has more than 5,000 beds, which included around 400 ICU and oxygenated beds, Dr. Rajendra said that there was no shortfall either in oxygen or Remdesivir injections in hospitals in the district.

The Assistant Drug Controller has been appointed as the district nodal officer and the availability of oxygen and Remdesivir is being monitored on a regular basis.