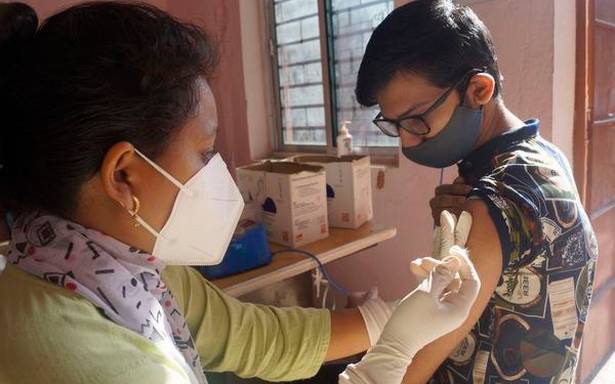 “The trend shows that around 97% of the patients can be managed without hospitalisation. Only around 3% of the available beds, 11% of the ICUs and 3% of the ventilators are being used,” the government said. The Test Positivity Rate has increased to 6.71% from below 1% in a week time. Till date, 75 persons have been infected with the Omicron variant.

Though colleges and universities were directed to stop physical classes and vacate hostels from Monday, the campuses were reporting cases in clusters.

Health experts expressed concern over the way the infected students were handled. Students staying in hostels were asked to make their own arrangements to return to their homes.

“Earlier, infected students used to be separated from the rest of the students and quarantined in many facilities. There is every risk of passengers being exposed to infection in buses or trains in which infected the students would be travelling,” they said.

Chief Secretary Suresh Chandra Mahapatra held a meeting to take stock of the preparedness to tackle the third wave. He directed doctors, nurses and health workers detailed for COVID duty be administered booster dose on priority.

According to the government, 7,181 oxygen-supported beds, around 1,000 paediatric beds, 2,024 ICUs and high-dependency units and 874 ventilators have been kept ready.