Significantly, the Lok Sabha election results 2019 returned a seat tally of 12 for the BJD and 9 for the BJP, eight more than the 2014 general election. This is encouraging news for the BJP as it has pushed aggressively in the state to increase its footprint. 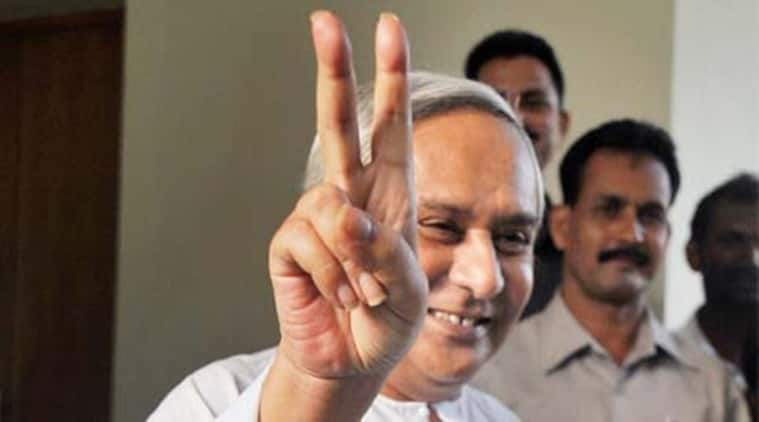 Negating the Modi wave in the state, incumbent Chief Minister Naveen Patnaik looked set to form the government for a fifth straight term, making him one of India’s longest serving chief ministers. This time, BJD candidates won 111 of the 146 assembly seats. In 2014 polls, BJD had bagged 117 of the 147 assembly seats and 20 of the 21 Lok Sabha seats.

Significantly, the Lok Sabha election results 2019 returned a seat tally of 13 for the BJD and 8 for the BJP, eight more than the 2014 general election. This is encouraging news for the BJP as it has pushed aggressively in the state to increase its footprint. As much as it was about BJD fiercely protecting its turf, the BJP’s modest foray into the state cannot be discounted. For the BJP, it was more than just a prestige issue, as winning the state was crucial to their 2019 plans. Having saturated its growth in the Hindi heartland, the party really tried to pick up seats in the state.

BJD, which had a spectacular show in the 2014 polls by winning 20 of the 21 Lok Sabha seats, saw its tally sliding slightly as its candidates were now leading in 13 seats.

The Congress, which had dominated Odisha for decades, meanwhile, drew a blank and stares at a near collapse in the state. This, despite party president Rahul Gandhi addressing rallies across the state. Both the BJD and BJP seem to have benefited from the collapse in the Congress vote.

The BJD is poised to reclaim its Lok Sabha bastions Aska, Kendrapara and Berhampur. However, the BJP was leading in Bargarh, Bolangir, Bhubaneswar, Kalahandi and Sundergarh. A tight contest was under way at the Puri, Balasore and Dhenkanal seats. In Aska, for instance, BJD’s Pramila Bisoyi has perhaps clinched the seat emphatically with most number of votes compared to any other candidate from all other constituencies in the state. Naveen Patnaik’s strategic choice of nominating a woman self help group leader, Pramila Bisoyi seemed to have paid rich dividend to BJD.

In a closely fought contest, BJP’s Puri candidate Sambit Patra, an official spokesman of the party, is leading with a slim margin of 458 votes against BJD candidate and sitting MP Pinaki Mishra as of 8:12 pm.

Likewise, firebrand leader and BJP candidate Pratap Sarangi is leading by a margin of at least 19,000 votes against
BJD nominee and sitting MP Rabindra Kumar Jena in Balasore.

From Bolangir seat, BJP candidate Sangeeta Singhdeo is ahead of her brother-in-law and sitting BJD MP, Kalikesh
Narayan Singhdeo by a margin of 4000 votes. 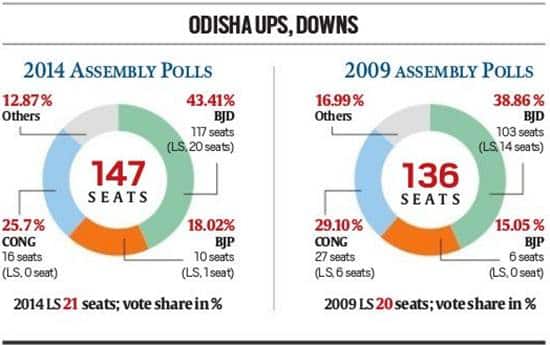 In essence, the BJD was able to stave off a dual-pronged attack by the saffron party and the grand old party both in Assembly and Lok Sabha elections. Naveen Patnaik’s Biju Janata Dal is perhaps the only party to have improved its tally over the last three state elections.

Given that the BJP was able to pick up 8 seats (they just had 1 in 2014) perhaps indicates Prime Minister Narendra Modi’s message of nationalism, national security and Hindu pride struck a chord with Odisha voters. The Modi factor and the national security issue in the wake of the Pulwama terror attack and the Balakot airstrike appear to have helped the BJP in the state.