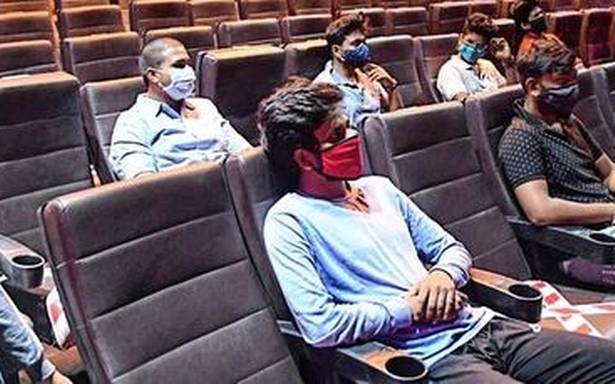 93% respondents against theatres operating at full capacity, want physical distancing to be maintained

Only 6% of citizens were willing to go to theatres and multiplexes in 60 days, a country-wide survey has found.

In a survey conducted by LocalCircles, a community social media platform, 93% citizens, while responding to a question on whether they would like their State to permit theatres/multiplexes to operate at full capacity, were against theatres and multiplexes operating at full capacity and wanted physical distancing norms to be maintained. Only 6% voted “yes” to the question that received 8,244 responses, according to a press release.

In this recent survey conducted to check the hesitancy level to go to a theatre, citizens were also asked if the current timing was right for the State governments to allow theatres to operate at a full capacity instead of 50% seating capacity.

Prior to this, LocalCircles had collected citizens’ responses to understand their hesitancy or reluctance to go to a movie theatre or multiplex and published the results in July, August and October accordingly. Only 6% of citizens in July and August had expressed their willingness to go to theatres and this was followed by an increase of 1% in the October survey.

The recent survey asked respondents, “Will you be going to watch a movie in a theatre or multiplex in the next 60 days?” to which a majority, 72%, said they will not go, 16% said they do not watch movies in the theatre, while 6 % have not decided. Only 2% said they will go to a theatre only if there were new releases in the next 60 days, 3% regardless of new or old movie and 1% will go multiple times. The result indicated that only 6% citizens were willing to go to a theatre despite State governments allowing theatres to increase the seating capacity, the release said.

Though theatres resumed in October last year, only 20%-45% of seats were reportedly occupied in Tamil Nadu. This too depended on the type of movies released across cities and districts’ cinema halls. The survey received over 16,000 responses from citizens located in 219 districts of the country.