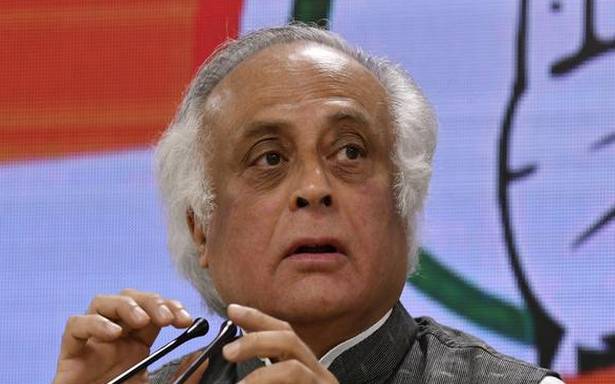 Senior Congress leader Jairam Ramesh questioned both Mr. Reddy and Mr. Patnaik, asking why they could not pose the same questions to Prime Minister Narendra Modi.

Although both Mr. Reddy’s YSR Congress and Mr. Patnaik’s Biju Janata Dal claim they want to maintain an equal distance from the Opposition and the ruling BJP, they have often been found on the government’s side on critical issues.

Mr. Reddy, in his letter written on Thursday, wrote that the situation had come to “Centre vs State” and urged Chief Ministers to speak in one voice.

Reacting to the letter, Mr. Ramesh tweeted, “All I ask Jagan is: who made the vaccine issue Union vs States? Who unilaterally decided the Union govt will abdicate vaccinating 18-44 year olds? Why weren’t states consulted before this policy was rolled out? Why don’t you ask the PM these questions?”

Mr. Patnaik, who wrote his letter on Wednesday, was more guarded on the Centre’s role.

“The best option he said is for the government of India to centrally procure the vaccines and distribute it among the states so that our citizens are vaccinated at the earliest,” he wrote, exhorting Chief Ministers to come to a consensus on the issue.

Mr. Patnaik claimed that he has also written to Mr. Modi, but that letter was not made public, unlike his letter to the Chief Ministers.

“It’s all very well for Odisha CM to write to all CMs, but why can’t he write to PM & persuade him? After all, BJD has always supported BJP in Parliament for past 7 years. Several like-minded parties have already written to PM earlier asking for procurement of vaccines by Union Govt,” Mr. Ramesh tweeted.