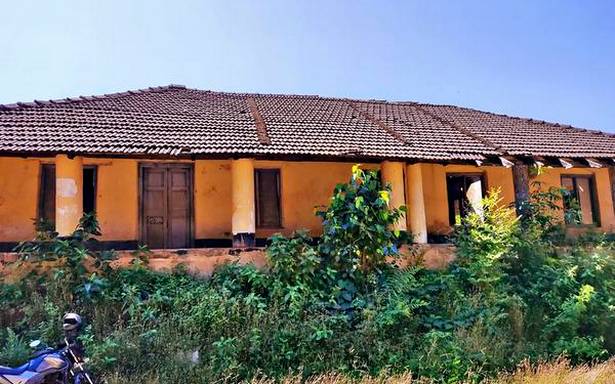 The building at Nellikatte had hosted Shivaram Karanth’s theatre activities

Over a century-old school building that had hosted the theatre activities of the late K. Shivaram Karanth at Nellikatte in the heart of Puttur Town was demolished reportedly at the behest of the School Development and Monitoring Committee on Sunday.

“We had been attempting its restoration through the State Archaeology Department and had sent a proposal recently. What has happened was completely illegal,” said Dakshina Kannada Zilla Panchayat CEO Kumara.

Certain procedures have to be followed to demolish any government building, including its assessment by the Public Works Department, approval, and the like.

“None of these procedures were followed in Puttur and I have ordered issuing show-cause notice to the school headmaster,” Mr. Kumara told The Hindu.

The building had been abandoned and the higher primary classes were being conducted in an adjacent building, he added.

SDMC president Panchakshari denied having demolished the building. While committee members were removing roof tiles for maintenance on Sunday, a wooden plank fell on another ensuing a chain of action.

The roof collapsed while weakened walls built of latterite stone with mud masonry too gave in, he said.

Mr. Panchakshari said SDMC had been pressing for building restoration since a year as the dilapidated structure was a threat to students of the school and an anganwadi.

Journalist Gopalakrishna Kuntini in his social media post expressed anguish over the manner in which the 156-year-old heritage building came down and recalled efforts by him and others to preserve the building. The government could have easily restored the building, he said.

S.N. Amrith, doctor and writer from Puttur, said the demolition was a criminal act of the SDMC while the Education Department and the MLA too were responsible. He had been pursuing building restoration plans for eight years with the authorities concerned.

G.S. Shashidhara, who was the Block Education Officer in Puttur, said he was pained on hearing the demolition. He recalled efforts to get the building restored. He was told by his elders that Mr.. Karanth had been conducting theatre activities in the building and had also spoke at the Puttur Dasara event, Mr. Shashidhara said.

On the complaint by Dr. Amrith, the Deputy Director of Public Instructions, Dakshina Kannada, on Monday directed the Puttur BEO to conduct an inquiry and initiate suitable legal action against the headmaster and SDMC committee members.