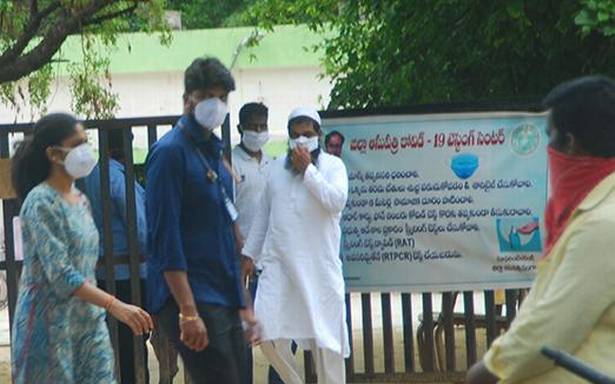 Slowly, but surely, facts relating to the actual magnitude of coronavirus second wave are coming to the fore, at least in Sangareddy More than 5,000 symptomatic cases were found in the district alone in a survey that commenced only on Thursday.

In fact, day one of the survey was delayed by a few hours as the teams, which were mostly comprising Anganwadi and ASHA workers assisted by local maskuri (village assistants), reached the centre the same day.

The second survey commenced early on Friday morning and was continuing till late in the evening.

As many as 1,272 teams are involved in the survey being conducted across the district.

However, the distribution of testing kits was relatively poor and officials say that the gap will be filled shortly.

“We are noting down details like age, gender of people having symptoms like fever, cough, sneezing, body pains and other details. Kits are being supplied to those with symptoms. If the symptoms persist for more than four days, they will be asked to visit the nearby health centre,” said a health worker, stating that the survey will be completed in the next two days in her area.