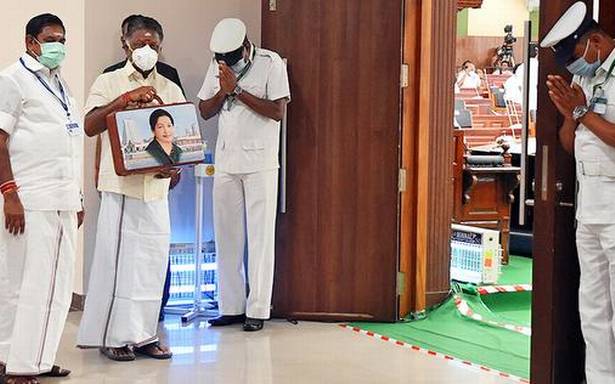 The State government’s accident-cum-life insurance cover will benefit about 55.67 lakh breadwinners from Below the Poverty Line (BPL) families.

Around 32.51 lakh beneficiaries in rural areas and 23.15 lakh in urban areas will be brought under the Puratchi Thalaivi Amma Comprehensive Accident-cum-Life Insurance Scheme. The State government will fully bear the burden of annual premium payment, which will be ₹330 for life cover and ₹12 for accident cover per beneficiary.

Deputy Chief Minister O. Panneerselvam, during the course of his Interim Budget address in the Assembly, made a reference to the launch of the scheme.

According to an order issued by the Revenue and Disaster Management Department on Tuesday, approximately ₹114 crore would be required annually. Beneficiaries of life cover will be in the 18-50 age group and those under accident cover in the 18-70 group. The extension of the policy under life cover can be done up to 55 years.

The government has enlisted the services of Life Insurance Corporation for life cover and United India Insurance for accident cover. As regards the identification of beneficiaries, the Tamil Nadu Corporation for Development of Women carried out the task. Several parameters, such as income criterion and asset indexing, had been used to identify BPL families, officials said. The Corporation is responsible for addition and deletion of BPL families.

The scheme has been formulated on the lines of the Pradhan Mantri Jeevan Jyoti Bima Yojana and the Pradhan Mantri Suraksha Bima Yojana of the Central government. Two years ago, when the State government announced the scheme, it planned to converge it with the Central schemes. But with effect from April 1 last year, the Centre decided not to have any convergence arrangement with the States, compelling the Tamil Nadu government to relook at its scheme. .

Referring to the existing Accident Relief Scheme (ARS) and the Distress Relief Scheme (DRS), a senior official clarified that the two, envisaging payment of ₹20,000, would benefit BPL families not covered under the insurance scheme.