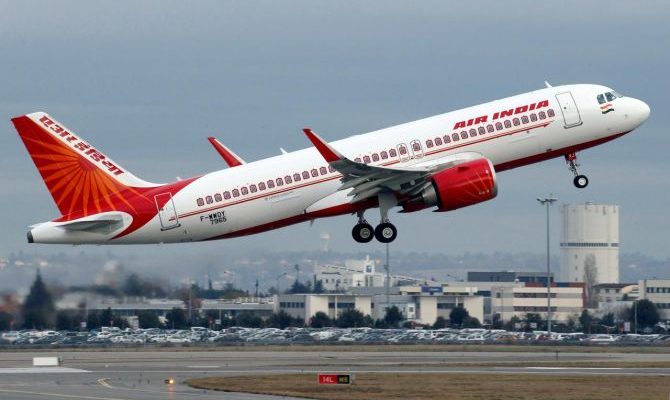 The move could affect thousands of people, including Australian cricketers currently playing in the Indian Premier League in India

Australia on Tuesday suspended all direct passenger flights from India with immediate effect until May 15 due to the “very significant” spike in COVID-19 cases, Prime Minister Scott Morrison announced.

Morrison, announcing the temporary border closure with India, also launched an immediate support package for the country in its fight against the ongoing coronavirus crisis.

Addressing a press briefing after convening a Cabinet’s national security committee meeting, he said that the ban on arrivals from India would be reviewed before May 15.

“Today we agreed, in addition to the measures that I announced after the last National Cabinet meeting, to pause direct passenger flights between India and Australia until the 15th of May,” he said.

“We recognise that this has been a very significant outbreak in India,” Morrison said.

The latest move would affect direct flights into Sydney and two repatriation flights scheduled to arrive in Darwin.

The move could also affect thousands of people, including Australian cricketers currently playing in the Indian Premier League in India.

All indirect flights coming from India via Singapore, Doha, Dubai and Kuala Lumpur have also been paused by their respective governments.

Giving details of the relief package, Prime Minister Morrison said that Australia will send a range of goods to India to help as it struggles with a critical shortage of medical supplies.

“We’re standing with those Australians in India and recognising those serious difficulties they face.

“I stress this is an initial package, there’ll be more to follow,” Morrison said.

He said that repatriation flights would resume as soon as possible with the most vulnerable getting the priority.

“We don’t think the answer is to just forsake those in India and just shut them off.

“I don’t see this as a problem we have to solve; I see this as a group of people we need to help. These are Australians and Australian residents who need our help,” he added.

There are about 9,000 Australians in India who are registered with the Department of Foreign Affairs and Trade as wanting to return home, The Sydney Morning Herald reported.

India is struggling with a second wave of the pandemic with more than 3,00,000 daily new coronavirus cases being reported in the past few days, and hospitals in several states are reeling under a shortage of medical oxygen and beds.

On Tuesday, the Union Health Ministry said that India’s total tally of COVID-19 cases has climbed to 1,76,36,307 with 3,23,144 people testing positive in a day, while the national recovery rate has further dropped to 82.54 per cent.