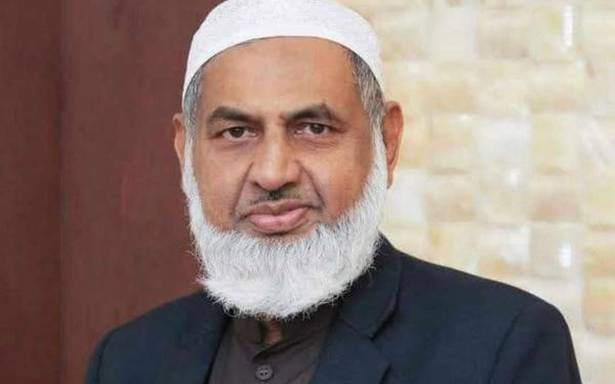 Ibrahim Haji had suffered a stroke in Dubai on December 11 and he was admitted at the Dubai Healthcare City. Later he was moved to Kozhikode in an air ambulance.

He was one of the directors of Muslim Printing and Publishing Company Limited which brings out Chandrika, the organ of Indian Union Muslim League; founder vice chairman of Malabar Gold and Diamonds, founder chairman of Pace Group, a leading educational group, and vice chairman of Indus Motor Company.

Born to Abdullah Haji and Ayesha on September 6, 1943 in Pallikara, Kasaragod, Ibrahim Haji had moved to the Gulf in 1966.

Later he became successful in the field of textiles, jewellery and garments. He entered the education sector in 1999 through the Pace Group. The Pace Group has grown into a large group of thousands of teachers and staff. About 20,000 students from 25 countries study there. Pace Group has operations in India, UAE and Kuwait.

He had received the Pravasi Ratna Award in 2015 and also the C H Award in memory of C H Mohammed Koya, former Chief Minister of Kerala. He had been nominated to the four-member board of governors of the Dr. A.P.J. Abdul Kalam Technological University.

His body was buried at Manjeri Vettekkad Juma Masjid graveyard.