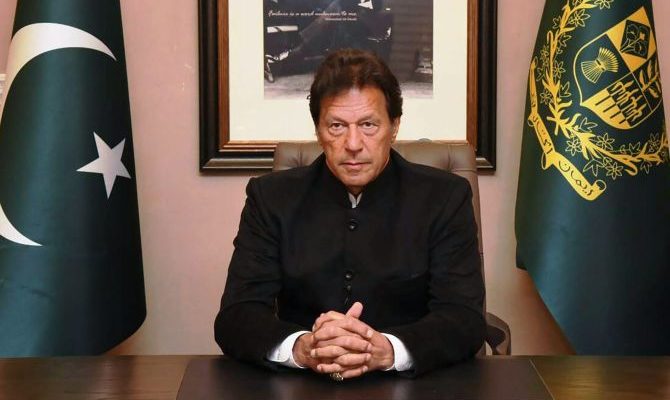 Pakistan Prime Minister Imran Khan on Saturday welcomed the ceasefire agreement with India but said the onus of creating an “enabling environment” for further progress in bilateral relations rests with New Delhi.

In his first comments since the militaries of India and Pakistan jointly announced on Thursday that they have agreed to strictly observe all agreements on the ceasefire along the Line of Control and other sectors, Khan said Pakistan remains ready to move forward to resolve “all outstanding issues” with India through dialogue.

“I welcome restoration of the ceasefire along the LOC. The onus of creating an enabling environment for further progress rests with India. India must take necessary steps to meet the long-standing demand & right of the Kashmiri people to self determination according to UNSC resolutions,” Khan tweeted.

“We have always stood for peace & remain ready to move forward to resolve all outstanding issues through dialogue,” Khan said in a series of tweets.

India and Pakistan issued a joint statement on Thursday to strictly observe all agreements on ceasefire along the LoC and other sectors after hotline discussions by their Director Generals of Military Operations. The decision by the two countries came into effect from the midnight of February 24/25.

In a series of tweets marking the second anniversary of Pakistan’s retaliatory air strikes after the Indian Air Force targeted a Jaish-e-Mohammed terror training camp at Balakot in 2019, Khan said that Pakistan have always stood for peace and remain ready to move forward to resolve all outstanding issues through dialogue.

He said that Pakistan also demonstrated to the world its “responsible behaviour” by returning the captured Indian pilot.

IAF warplanes hit a JeM terror training camp in Balakot on February 26, 2019 to avenge killing of 40 CRPF personnel in the Pulwama terror attack. Pakistan Air Force retaliated the next day but the IAF foiled the attack.

On the Kashmir issue, Khan said, India must take necessary steps to meet the long-standing demand and right of the Kashmiri people to self determination according to UN Security Council resolutions.

India has told Pakistan that it has no locus standi to comment on internal affairs of India, asserting that the union territories of Jammu and Kashmir and Ladakh have been and will remain an integral part of the country.

New Delhi has been maintaining its stand that “talks and terror” cannot go together as it continues to ask Islamabad to take demonstrable steps against terror groups responsible for launching various attacks on India.

Ties between India and Pakistan nosedived after a terror attack on the Pathankot Air Force base in 2016 by terror groups based in the neighbouring country. Subsequent attacks, including one on Indian Army camp in Uri, further deteriorated the relationship.

The relationship dipped further after India’s war planes pounded a JeM terrorist training camp deep inside Pakistan on February 26, 2019 in response to the Pulwama terror attack in which 40 CRPF jawans were killed.

The relations deteriorated once again after India in August 2019 announced withdrawing special powers of Jammu and Kashmir and bifurcation of the state into two union territories.