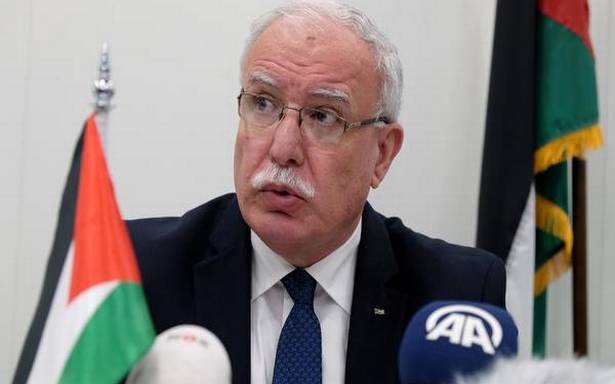 Nine voted against and 14, including India, abstained.

In an unusually strong letter sent to External Affairs Minister S. Jaishankar on May 30, Dr. Malki said the resolution titled “Ensuring respect for international human rights law and humanitarian law in Occupied Palestinian Territory including East Jerusalem and in Israel” was a product of long years of multilateral negotiation.

“Republic of India missed an opportunity to join the international community at this turning point, both crucial and long overdue, on the path to accountability, justice and peace,” he stated.

India abstained in the voting on the resolution at the Human Rights Council [HRC] on May 27 that came up in the backdrop of the latest round of conflict between Israel and Gaza strip, the coastal part of the Palestinian territories.

India had condemned the death of an Indian citizen in the rocket attacks by Hamas from Gaza but in a rare United Nations Security Council meeting on May 17, Permanent Representative TS Tirumurti expressed India’s support to the “just Palestinian cause”. India has maintained that two-state solution to equal sovereign rights is the way forward to resolve the century old crisis. However, on May 27, India abstained from voting on the resolution, which is aimed at securing Israel’s compliance with international human rights.

“The resolution is not an aberration to the Human Rights Council. It is the by-product of extensive multilateral consultations. It is the consolidation of years and thorough investigations into and reporting on Israel’s grave violations by States, United Nations experts, Human Rights Treaty bodies, and international organisations…Therefore, your abstention stifles the important work of Human Rights Council at advancing human rights for all peoples, including those of the Palestinian people,” wrote Dr. Malki.

The resolution was adopted with the vote of 24 members. Nine voted against, and 14, including India, abstained. The passing of the resolution led to the setting up of an independent commission of inquiry to investigate violation of international law by Israel.