Sitharaman said the new raft of reforms drew from the experiences of PM Modi during his time as Chief Minister of Gujarat and would mark a shift from the license quota raj and policies of socialism that restricted India's economy. 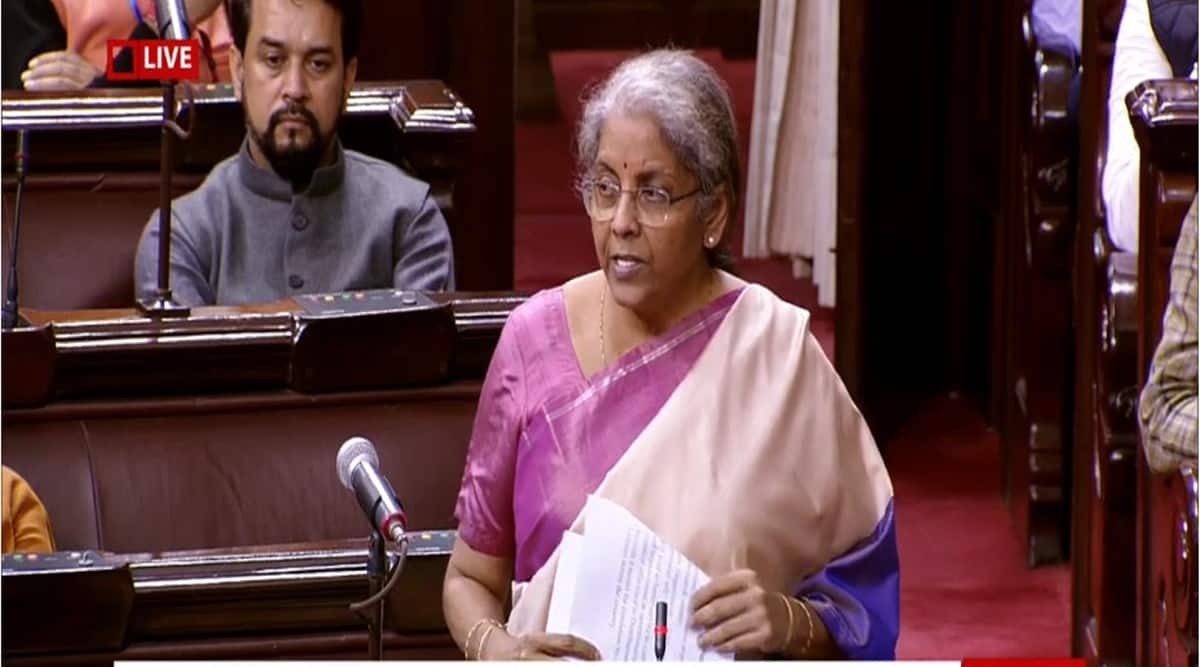 A day after Nirmala Sitharaman defended the Union Budget 2021 in the Rajya Sabha, the Finance Minister Saturday told the Lok Sabha that the reforms will lay the path for India to become the next top economy in the world. Hailing the government’s approach as “courageous,” the Finance Minister credited Prime Minister Narendra Modi for spearheading these reforms.

“A challenging situation like pandemic didn’t deter the government from taking up reforms that are going to be necessary for sustaining long term growth for this country,” the Finance Minister said while replying to the Budget discussion in the lowe house. “This Budget coming post-pandemic has set the pace for India to become aatmanirbhar,” She added.

Sitharaman further said the new raft of reforms drew from the experiences of PM Modi during his time as Chief Minister of Gujarat and would mark a shift from the license quota raj and policies of socialism that restricted India’s economy and business and particularly hurt small and medium enterprises.

“This Budget draws from the experience of the PM when he was CM  — on the ground in Gujarat, he had seen so many revivals happening at a time when the license quota raj was going away post 1991 and then based on that experience, commitment to reform was blended into this Budget,” she said.

The budget is focussed on “stimulus plus reforms”, and will give the necessary impetus for sustainable economic revival, the Finance Minister said. Sitharaman added that the Prime Minister was working for the Dalits, backward and poor people. “People of India believe, have faith in the prime minister,” she added.

The Finance Minister criticised the Congress for restricting economic growth by constricting India reforms since 1948. Hitting back at Congress leader Rahul Gandhi, who yesterday said that the the country is now being run by four people with a motto of ‘Hum do, hamare do’, Sitharaman used the same slogan and stated that the Congress had failed to enact many of its schemes.

“Take the credit of giving birth to MNREGA. But also take credit for mismanaging it, for giving money to ghost workers,” she said. Addressing Thiruvananthapuram MP Shashi Tharoor, she went on to say, “Kerala invited one crony to develop a port — no bidding, just invitation. Because Kerala has no damad, Damad is here. Damads get land in states which are governed by some parties – Rajasthan, Haryana once upon a time.”

On Friday, Sitharaman said economies have suffered all over the world because of the pandemic. “The attempt was made in this Budget to provide stimulus, provide a strong stimulus and provide such a stimulus which can bring in that kind of a multiplier effect and, therefore, instead of finding quick short-term solutions even as we provide short-term quick relief for those people who so desperately need it, we are also looking at medium-term and long-term sustainable growth which will keep India in that kind of a growth trajectory which will maintain us as one of those fastest-growing economies in the world,” she said.

Sitharaman said it was a Budget that draws on the “experience, the administrative capacities and also the exposure that the Prime Minister has had during his long elected tenure both as Chief Minister and as Prime Minister of this country, known for his commitment towards development, growth and reforms”.