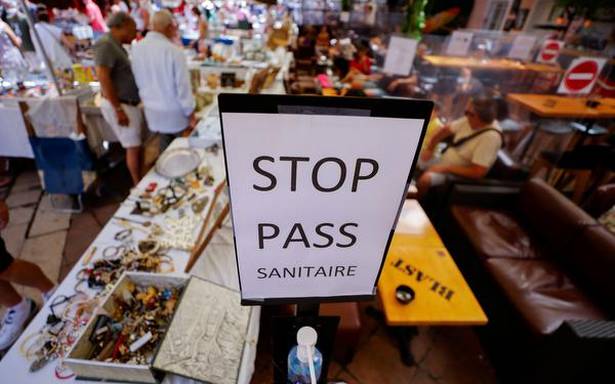 With travel bans around the globe for the last year and half after the COVID-19 pandemic, a new report from The Conference Board has revealed that these restrictions are inflicting a substantial toll on global trade and the industry may recover to 50 % of the 2019 level only by the end of 2021.

The pandemic- induced lockdown has had a cascading effect on 334 million people worldwide directly dependent on the travel and tourism sector, says The Conference Board, a US-based member-driven think tank.

The continued emergence of new virus variants and stubborn vaccination challenges—whether due to supply, logistics, or hesitancy—are understandably prompting governments to extend policies that heavily restrict the movement of people across borders, Dana Peterson, Chief Economist of The Conference Board, said in a press release.

The report said that companies are cutting costs by forgoing travel as ongoing pandemic restrictions—63 % of governments have either a total or partial ban on foreign visitors—appear to be accelerating a long-term trend toward virtual meetings.

The report said that the tourist spending, which accounted for 87 % of the total global exports of travel services, collapsed worldwide in 2020. The ongoing negative impacts of this collapse have extended beyond tourism industries directly affected by travel bans, to pummel adjacent sectors like entertainment, amusement, and food services, as well as national and regional governments dependent on tax revenues from visitors.

Tourist hubs in Asia and the Caribbean have felt the brunt of these challenges, but even some of the world’s largest and richest economies including Germany, Italy, Mexico, and Hong Kong—face outsized exposures to continued restrictions, it said.

The path to recovery for travel and tourism, the report pointed out, remains uncertain given the tangle of conflicting restrictions on foreign visitors around the world. Ideally, international people flows would return to pre-pandemic levels by the end of 2021 or early next year.

However, as coronavirus variants spread, such a return to normalcy is highly dependent on the degree to which individual governments roll back travel bans and people regain confidence in the safety and reliability of international travel.

The report also said that the travel bans threatened to sour relations between economies that choose to reopen borders quickly and those that do not. Even before the pandemic, rising geopolitical tensions were already fueling a surge in tariffs, sanctions, and protectionist sentiments.

As governments choose different paths to reopening their borders, travel restrictions may become the next front for international trade friction and another prime risk to the future of globalization, it said.