Parliament Monsoon Session Live Updates: The Centre and opposition parties are currently in a war of words after Union minister Dr Bharati Pravin Pawar said that no deaths due to lack of oxygen were specifically reported by states and Union Territories during the second wave. 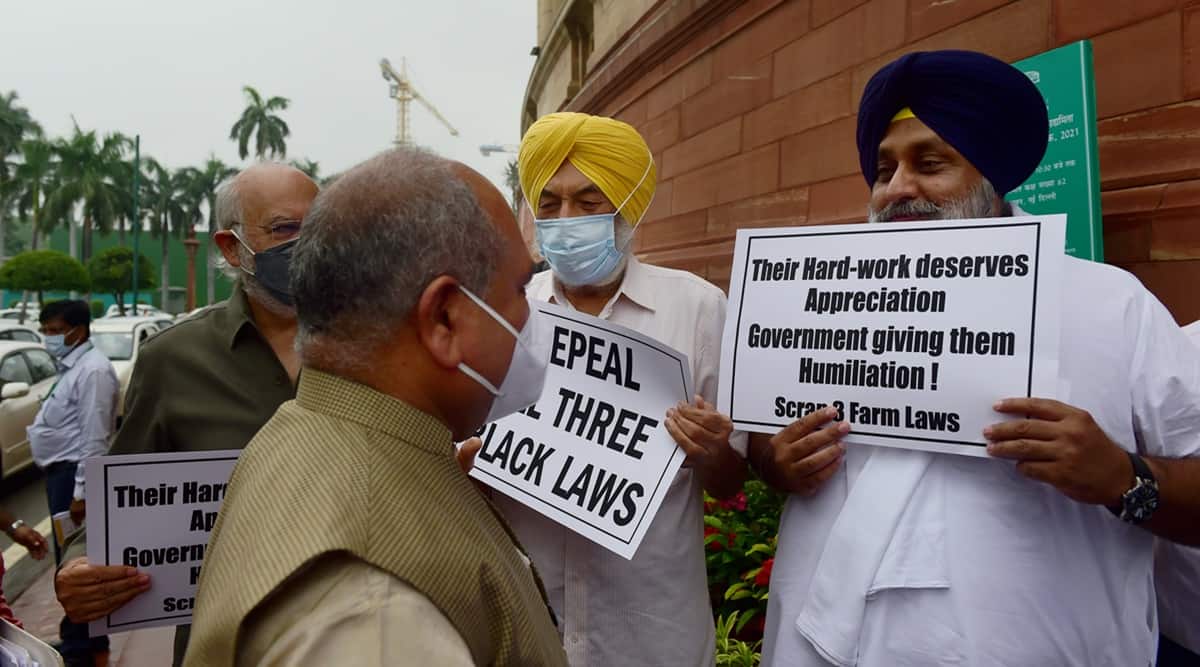 Parliament Monsoon Session Live Updates: With the Monsoon Session of the Parliament entering its third day today, the Opposition parties are expected to corner the government over its statement that no deaths were reported due to lack of oxygen during the second wave of the Covid-19 pandemic.

Today’s session comes amid the farmers holding protests at New Delhi’s Jantar Mantar against the newly implemented farm laws as part of their decision to hold ‘Kisan Sansads’ on each working day of the Parliament until the Monsoon Session ends.

No session had taken place in the Parliament on Wednesday owing to Eid.

The Centre and opposition parties are currently in a war of words after Union minister Dr Bharati Pravin Pawar said that no deaths due to lack of oxygen were specifically reported by states and Union Territories during the second wave. Opposition parties have also hit out at the Centre since it came to light that the Pegasus spyware was used to snoop upon many political leaders, Supreme Court judges and journalists among others.

CPI Rajya Sabha MP Binoy Viswam moves a privileged motion notice against an answer in the Rajya Sabha by Minister of State Bharati Pravin Pawar that no one has died because of non-availability of oxygen. (ANI)

At a time when the Centre has been on the receiving end over the Pegasus snooping row, I-T minister Ashwini Vaishnaw will be addressing the Parliament at 2 pm today.

In an evocative speech in the Rajya Sabha on Tuesday, RJD MP Professor Manoj Jha said that those who lost their lives in the second wave of the pandemic have left behind a “living document of our failure”.

Arguing for a shift from the politics of numbers, Jha said that even the poorest in the country were taxpayers and a responsibility of a welfare state, and urged the government to work on the right to health and right to work, and “leave demography to the demographers”. (Read Dipankar Ghose’s report)

Bharatiya Kisan Union leader Rakesh Tikait said on Thursday that he was going to monitor parliamentary proceedings closely. “I, along with eight others, will leave for the Singhu border, and will then go to Jantar Mantar. We will hold a ‘Kisan Sansad’ there,” he added. Prime Minister Narendra Modi arrives at the Parliament to address the media on the first day of the Monsoon Session on Monday. (Photo: PTI)

No deaths due to lack of oxygen during second Covid wave: Centre

The Centre on Tuesday told the Rajya Sabha that no deaths due to lack of oxygen were “specifically reported” by states and union territories during the second Covid-19 wave that hit the country.

“All states and UTs report cases and deaths to the Union Health Ministry on a regular basis. However, no deaths due to lack of oxygen have been specifically reported by states and UTs,” she said.

Shortly after the statement by the Centre was made in a written reply by the Minister of State for Health Bharati Pravin Pawar, AICC General Secretary K C Venugopal accused the minister of having “misled” the house. Describing the statement as “condemnable”, Venugopal, a Rajya Sabha MP to whose question the reply was given, said he will move a privilege motion against the minister.

Protests over the Pegasus snooping row dominated the Lok Sabha proceedings on the second day of the Monsoon session of Parliament, leading to continued disruptions and repeated adjournments of the House on Tuesday.

As soon as the House met for the day at 11 am, Opposition members, including from the Congress and the TMC, raised slogans and showed placards to attack the government on the snooping issue. The proceedings lasted for barely five minutes as the House was adjourned.

One of the placards, written in Hindi, read that while people are suffering from unemployment, the government is busy with “jasoosi” (spying). The same scene was witnessed when the House reassembled at 2 pm and was later adjourned till 11 AM on July 22.