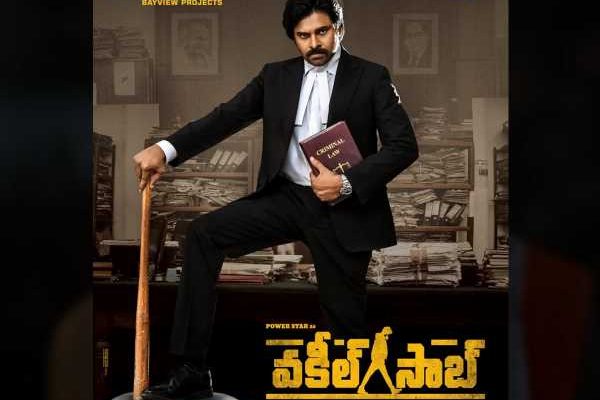 Power Star Pawan Kalyan has a bunch of projects in his kitty which are in different production stages. Now the reports are coming that  Pawan Kalyan has decided to release the three movies in a span of nine months. Pawan Kalyan has already completed the shoot of courtroom drama Vakeel Saab under the direction of Venu Sriram. The film Vakeel Saab, which is a remake of Hindi national award winning movie Pink, will be released on 9th April 2021.

Currently  Pawan Kalyan is working with Baahubali and Nene Raju Nene Mantri fame actor Rana Daggubati for Telugu remake of  Malayalam Ayyappanum Koshiyum, which is progressing at the brisk pace under the direction of Saagar K Chandra and it  has Sai Pallavi and Aishwarya Rajesh as the leading ladies.  According to the latest buzz in the film industry, the movie Ayyappanum Koshiyum will be released in the month of September on the occasion of Vinayak Chavithi.

Pawan Kalyan and Gauthamiputra Satakarni fame  Krish untitled film, which  is touted to be a periodical drama, is also said to have  hit the screen on Sankranthi/ 1st week of January.  Niddhi Agerwal has been roped in to play one of the female lead role. According to the latest buzz,  Krish’ directorial venture will have two actresses.