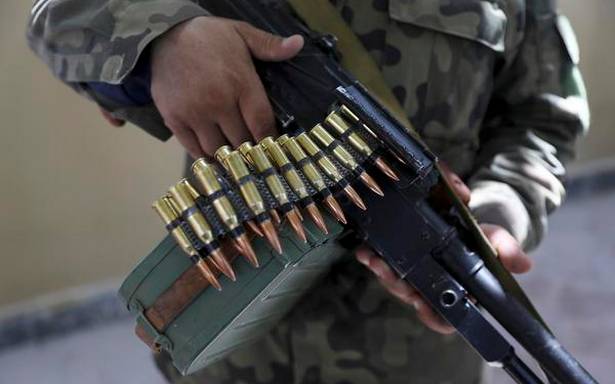 The official spokesperson emphasised that the evacuation ‘is a purely temporary measure’ and that the mission is ‘not closed’.

India has evacuated personnel from the Consulate General in Kandahar in a temporary measure in view of the fighting between Taliban and Afghan security forces, said the Ministry of External Affairs on Sunday. Official spokesperson Arindam Bagchi said the mission is ‘not closed’ and the visa-related work has been shifted to the Indian Embassy in Kabul.

“The Consulate General of India in Kandahar has not been closed. However, due to the intense fighting near Kandahar city, India based personnel have been brought back for the time-being,” said Mr. Bagchi emphasising that the evacuation “is a purely temporary measure”.

The reiteration of the “temporary” nature of the closure came a day after The Hindu reported that India has closed diplomatic operations at Kandahar temporarily. The Indian personnel were seen on Saturday leaving the premises of the mission in a cavalcade of official vehicles.

“The Consulate continues to operate through our local staff members. Arrangements are being made to ensure continued delivery of visa and consular services through our Embassy in Kabul,” said Mr. Bagchi. The diplomatic mission in Kandahar serves as an important coordinating centre for the large number of medical tourists who seek treatment in India and obstructions and delays in visa acquisition can create challenges for Afghan citizens intending to visit Indian hospitals.

The security situation in Kandahar continues to remain grim with fierce fighting going on in the suburbs and in nearby areas that have been taken over by the Taliban fighters. Taliban fighters on Friday attacked the jail in Kandahar which holds a large number of veterans of the Taliban movement. Indian missions in Afghanistan were targeted by terrorists in the past and Saturday’s evacuation is, therefore, being interpreted as a measure to ensure safety and security of the people employed at the Indian Consulate General.