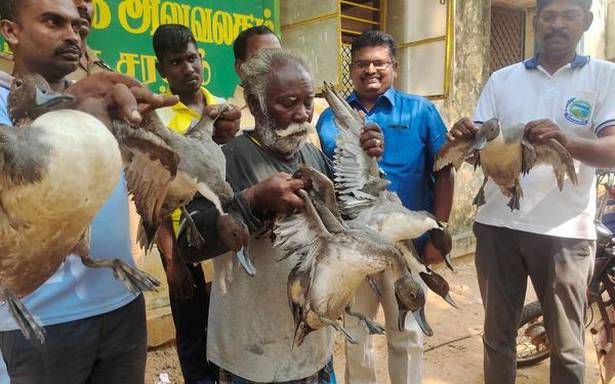 The Ramanathapuram Wildlife Range officials on Thursday rescued eight pintail ducks from a poacher near Devipattinam. The forest officials said that the accused, K. Veeran, 58, had kept the migratory ducks captive and planned to sell them at a high price.

The officials caught Veeran with the birds during an early morning patrol. He was picked up for an inquiry. A wildlife case was booked against the accused. The offence was compounded and Veeran was let off after he paid ₹15,000. Later, the migratory ducks were released in the Therthangal bird sanctuary, said B. Jabez, Forest Range Officer of the Ramanathapuram Wildlife Range.