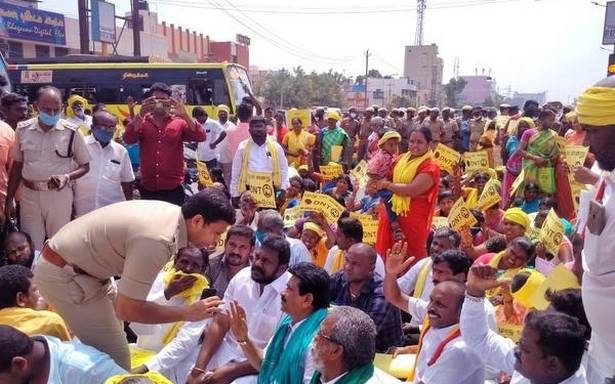 Members of De-notified Tribes Association on Saturday staged a road blockade near Arapalayam pressing for a single community certificate declaring them as DNT.

The protest was led by its State treasurer P. Dhavamani Devi. After a prolonged blockade of road, the police convinced them to leave way for the general public as it was causing inconvenience to the motorists. “Our demand is two fold. We do not want community certificate as denotified community in the State and DNT in the Centre. Similarly, the Centre had allocated funds and completed caste-based census for DNTs across the country, except Tamil Nadu. We want the State government to do it immediately,” Ms. Devi said.

She wondered as to why the State government was delaying the census whereas it had no financial commitment for the exercise as the Centre had released the funds.

Besides, Chief Minister Edappadi K. Palaniswami, who had promised to remove the anomaly in the certificate issue during the Lok Sabha elections, had not kept this promise, she said.

Tamil Nadu government should immediately appoint a nodal officer for the census. The census would reveal the strength of the DNT people, she said.

Later, Minister for Cooperation Sellur K. Raju, and Forest Minister Dindigul Srinivasan met the protesters and pacified them. “They have promised that they would get us an appointment with the Chief Minister to discuss the issue soon,” Ms. Devi said. 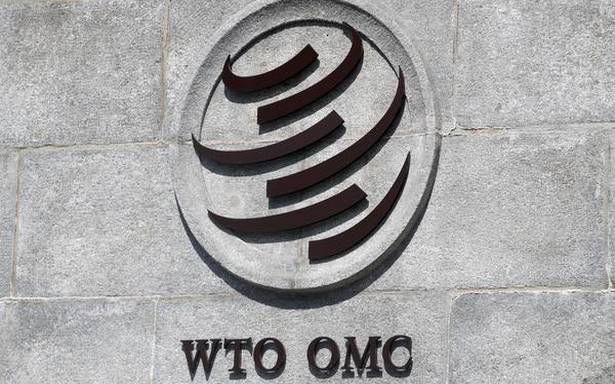