Addressing a press conference in New Delhi, Javadekar claimed the people of Delhi have turned their back on AAP for a reason. 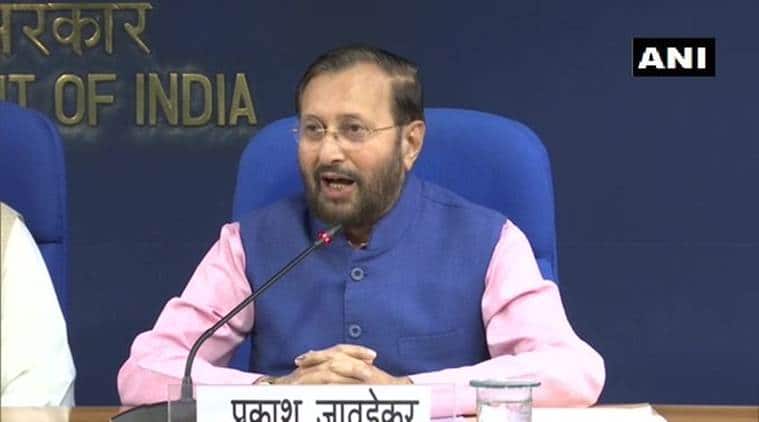 Sharpening the BJP’s attack on Delhi Chief Minister Kejriwal, Union Minister Prakash Javadekar Monday alleged that “there is plenty of proof you are a terrorist”.

Addressing a press conference in New Delhi, Javadekar claimed the people of Delhi have turned their back on AAP for a reason.

Javadekar also raked up the issue of Kejriwal “staying a night at the Moga residence of Khalistani commander Gurinder Singh during the Punjab Assembly polls”.
“You knew it was a militant’s house. Still, you stayed there. How much more evidence do you need?” he said.

Reacting to the statement, senior AAP leader and MP Sanjay Singh challenged BJP to arrest Javadekar, ANI reported. “This is happening in the capital of our country where the Central govt is sitting, the Election Commission is present. How can a central minister be permitted to use such language? If Arvind Kejriwal is a terrorist, I challenge BJP to arrest him,” Singh said.

Last week, the Aam Aadmi Party filed a complaint with the Chief Election Officer against for calling Kejriwal a terrorist.  In its complaint, AAP said by equating Kejriwal to the “anti-national forces” fighting India, Verma has tarnished the image of the chief minister.

Meanwhile, Kejriwal on Thursday had hit out at Verma for his comments and said that he was “hurt” by the accusations. “I have never thought of myself or my family… I have put my life in danger for the country… how have I become a terrorist?” he had said.

Senior AAP leaders had condemned Verma’s comment and also sat on a protest outside the Election Commission of India office with some of their supporters.

For all the latest Elections News, download Indian Express App