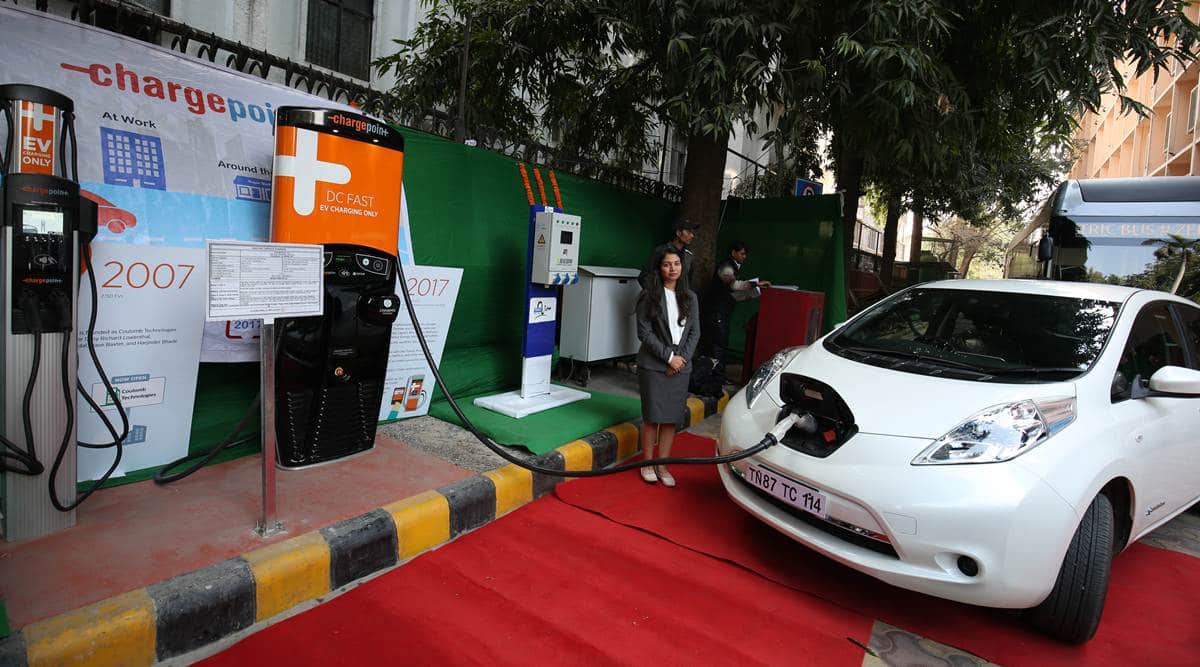 A low-cost charging system for two- and three-wheeler electric vehicles, expected to hit the market in about six months, could prove to be a game-changer for electric mobility in the country.

Two- and three-wheelers account for about 80 per cent of vehicle sales in the country, and are a major source of vehicular emissions. Government officials said the adoption of electric mobility in this segment could be much faster if a low-cost and easily accessible charging system was made available.

The new charging system, developed as a government-industry partnership, could be priced as low as Rs 3,500. Existing charging solutions cost anywhere between Rs 15,000 to Rs 20,000. A prototype has already been developed and at least half a dozen companies are currently working to manufacture it on scale, officials said.

The new system has been the result of an initiative led by the Department of Science and Technology (DST), the office of the Principal Scientific Advisor to the government, and industry and research groups.

The all-weather charging device can be installed in any place with access to a 220-volt, 15-ampere power line. Parking lots of Metro and railway stations, shopping malls, hospitals, office complexes, apartments and even small coffee shops or kirana outlets could be ideal spots.

The charging system has a charger, a smart electric socket capable of communicating with a mobile phone, and mobile apps with provisions to make payments.

“One of the biggest hurdles in the widespread adoption of electric vehicles in India has been the limited availability of charging stations. This proposed solution seeks to address that problem. It is designed to be installed almost anywhere at an affordable cost. People can charge their vehicle batteries in a few minutes. The hesitancy with regard to electric vehicles, even cars, has typically stemmed from ‘range anxiety’ — can I get my battery recharged whenever I want, the way I can get my petrol tank filled? I think this charging system could be the solution we have been waiting for,” said V Sumantran, a veteran auto industry leader and chairman of a government committee for creating charging infrastructure.

As Sumantran pointed out, if these charging systems are available easily, users won’t always look for full charge. “It is like charging your mobile phone, or filling your petrol tank. You want to be in a comfortable position, not necessarily always at full capacity, provided there is an assurance that you will get a recharge when you need it. So a 15-minute charge, for example, would be enough to take the battery from 30 per cent to 70 per cent,” he said.

Calling the charging system a significant breakthrough, DST Secretary Ashutosh Sharma said, “Two- and three-wheelers comprise a large majority of vehicles in India. They also contribute the majority of emissions from the passenger vehicle segment. It is therefore important to look for innovative solutions. The good thing about this is it has been developed to cater to the very unique requirements of the Indian market. Charging systems available in other countries are not best suited for us,” he said.

The government committee has also finalised standards for this device enabling multiple companies to start manufacturing their own products.