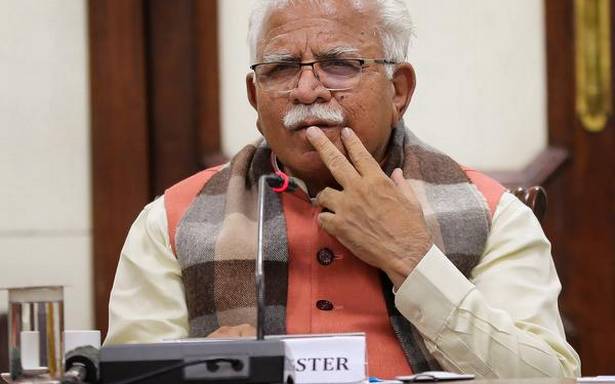 He accuses of Channi govt. of malfeasance

He alleged that the Congress was unable to ensure law and order in the State citing the “security breach” on Wednesday as evidence. Khattar along with State Home Minister Anil Vij and State BJP chief OP Dhankar submitted a memorandum to Haryana Governor Bandaru Dattatreya at the Raj Bhavan. It mentioned how PM’s convoy was blocked for several minutes in Ferozepur by some “Congress goons” who were holding protest.