The state is scheduled to go to Assembly polls early next year. 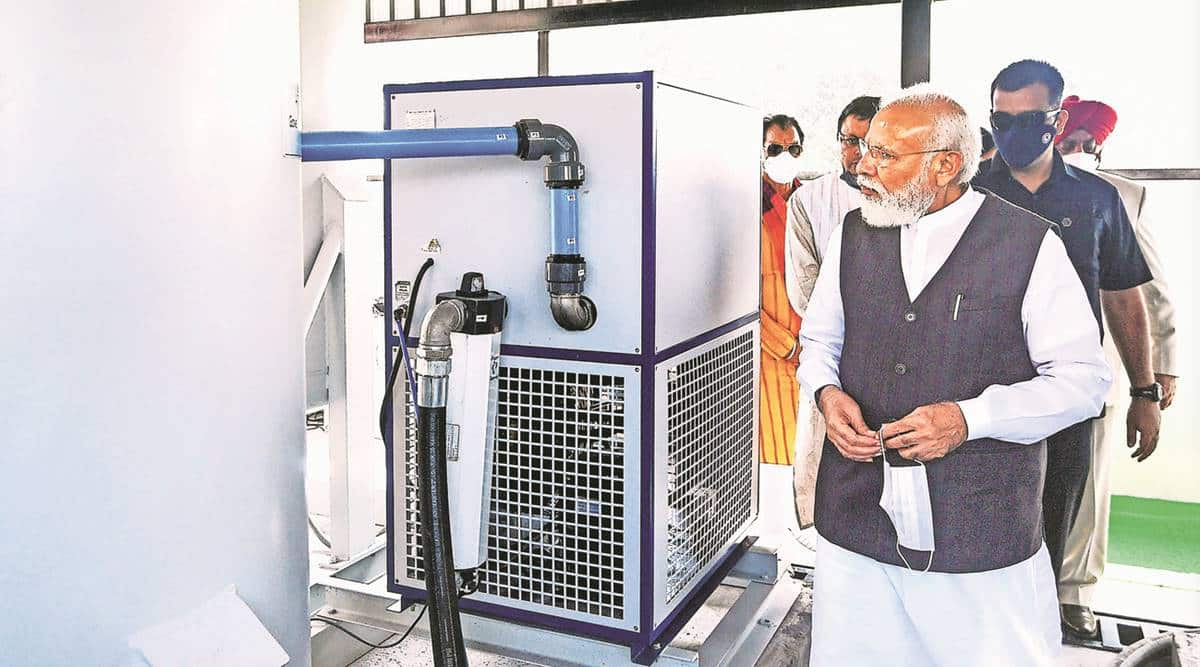 At a time the Opposition is criticising BJP for changing two chief ministers in the hill state within months and alleging “instability” in leadership, Prime Minister Narendra Modi Thursday praised the Pushkar Singh Dhami government and said that the “double engine” of development will take Uttarakhand to new heights.

The state is scheduled to go to Assembly polls early next year.

Addressing a gathering at AIIMS, Rishikesh, after inaugurating 35 PSA oxygen plants, set up under the PM-CARES scheme, Modi said the Centre is giving full support to the “new team” in Uttarakhand and joint efforts by the Centre and the state government are laying the foundation for fulfilment of people’ dreams.

Modi recalled that Atal Bihari Vajpayee had fulfilled people’s dream by carving out Uttarakhand as a separate state as the late PM believed connectivity is directly related to development. He said the Kedarnath shrine is being improved by developing facilities for pilgrims, and work is in progress to build an all-weather road that connects Char Dham shrines as well as areas of Garhwal and Kumaon regions that are difficult to access.