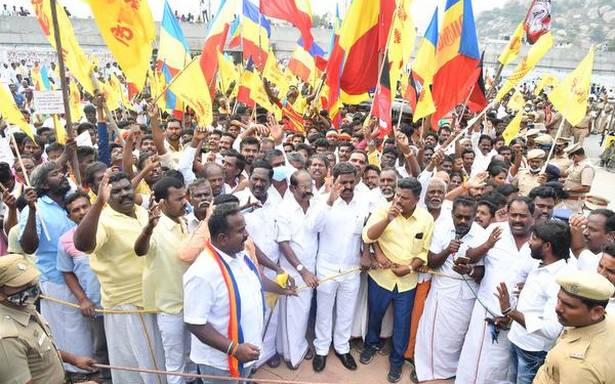 Talks to be held in Chennai on February 3

The resolution said that Electricity Minister P. Thangamani, Minister for Muncipal Administration S.P. Velumani, Law Minister C.Ve. Shanmugam and the Higher Education Minister, K.P. Anbazhagan, had suggested that the State government was ready to discuss the internal reservation demand with the PMK in Chennai on February 3.

A day before the party’s special governing council was scheduled to take a decision on electoral alliance on January 31, the Ministers met Dr. Ramadoss to discuss his demands.

The party resolution said that protests for separate 20% reservations for Vanniyars were launched on December 1. PMK had organised protests in six stages across Tamil Nadu. The resolution also said that Tamil Nadu’s delivery of social justice was flawed and claimed that inequality between various communities had increased because communities, which cannot be placed on an equal footing, are made to compete against each other for jobs and in education.