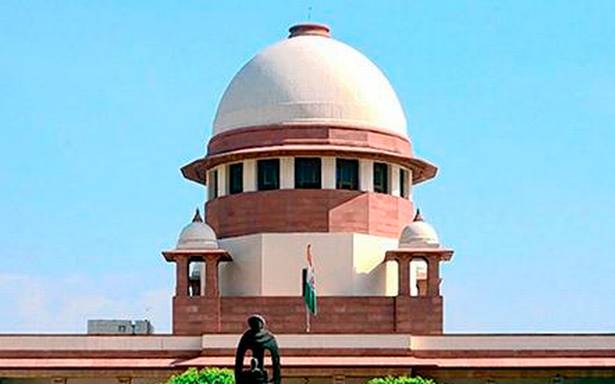 NGT has accepted panel’s suggestions on issues, including submergence and displacement of families across Odisha, Chhattisgarh and Telangana

The Supreme Court on Thursday decided to examine an Odisha government appeal against a National Green Tribunal (NGT) order of September last accepting the recommendations of a committee on a range of issues concerning the Polavaram project, including the submergence and displacement of families across Odisha, Chhattisgarh and Telangana.

A Bench led by Justice S. Abdul Nazeer said the court “has to examine” the Odisha petition, which said the NGT had no jurisdiction to go into these issues as they were already pending before the apex court.

Besides, Odisha said, it was not issued notice, heard nor even made party in the case before the NGT, which accepted all but one of the committee’s recommendations and directed the States to comply. In fact, the NGT had directed the Project Authority and the States of Andhra Pradesh, Odisha, Chhattisgarh and Telangana and the Central Water Commission to act on the various recommendations of the committee. It had asked the Ministry of Jal Shakti and the Central Pollution Control Board (CPCB) to hold a joint meeting and coordinate with the States.

‘Not part of panel’

But Odisha said it was not part of the committee that looked into the crucial issues relating to the project which affected the lives of the tribal population. The committee had representatives of the CPCB, Telangana State Pollution Control Board, Environment Ministry and the District Collector, Khammam in Telangana.

The court issued notice and tagged the case with the suits pending on the Polavaram project question.

“NGT erroneously accepted the recommendations of a committee relating to the Polavaram project without giving notice to Odisha and affording it an opportunity of hearing. Substantial recommendations were made against the interests and rights of the State of Odisha under the existing inter-state agreements,” the appeal said.

Some of the issues dealt by the NGT committee included the question of increasing the maximum flood discharge from 36 lakh cusecs to 50 lakh cusecs. The committee had recommended leaving it to the Central Water Commission to take a call. The panel also considered the question of increasing the irrigation potential from 7.2 lakh acres to 15 lakh acres, which requires increased storage in the reservoir, resulting in more submergence.

The NGT had been considering the possibility of submergence affecting 371 habitations and 1.05 lakh families, of which 60% to 70% are backward tribes such as Koya, Kondreddy, etc, with no plan for their rehabilitation.