Police here have unravelled a network of smugglers transporting ganja, ketamine and other narcotic substances to Sri Lanka.

The exercise, which involved several teams, led to the arrest of 19 persons from Madurai, Ramanathapuram, Rameswaram and Thanjavur. Over 420 kg of ganja, ₹29.50 lakh, which included hawala money, two four-wheelers, one two-wheeler, three boats, 15 mobile phones, two weighing scales, one GPS gadget and one laser light were seized.

The police said following the seizure of 34 kg of ganja from S. Chelladurai (39) of V. Kamatchipuram, Usilampatti, in Madurai district, a team raided the dwelling of Nawaz Khan in Ramanathapuram district.

Superintendent of Police E. Karthik told The Hindu on Friday that the accused confessed to have procured the narcotic substance from Andhra Pradesh. After procuring two kg of ganja at ₹3,000 from A.P., a contact would sell it to Chelladurai at ₹7,000. Chelladurai, in turn, would sell it to Nawaz Khan at ₹15,000.

Nawaz Khan supplied ganja in bulk quantities to his Sri Lankan contacts at the rate of ₹25,000 per two kg. With the aid of GPS, the smugglers used to reach particular points in the sea, deliver the contraband and collect the money.

The SP said a boat would be anchored at an isolated place in Thangachimadam, and with the contraband it would reach the Sri Lankan contacts later. On some occasions, the Sri Lankan agents – Master, Jeevanandam, Sudarsanam, Ragu and Madhan – visited Rameswaram and Vadakadu and collected ganja packets from the local merchants – Dinesh, Rajesh and Ramesh, all accomplices of Nawaz Khan.

During interrogation, the police also found that Nawaz Khan, through his accomplices Katti Mohamed and Noor Mohamed from Rameswaram, had procured ketamine and other drugs at Mannadi and Triplicane in Chennai and smuggled them to Sri Lanka.

About a fortnight ago, the police seized 139 kg of ganja abandoned near the shorehere. When a special team probed the accused, they admitted to having smuggled it to Sri Lanka and when the Indian Coast Guard spotted them, they abandoned it and escaped.

A police officer said ganja was being smuggled from Andhra Pradesh to Madurai district in trucks in about four to seven days. Sometimes, the agents took the narcotic substance to Thanjavur district and handed it over to some contacts. Hawala operations were also active in this activity.

Kenikkarai police have registered cases under various sections of the NDPS Act. 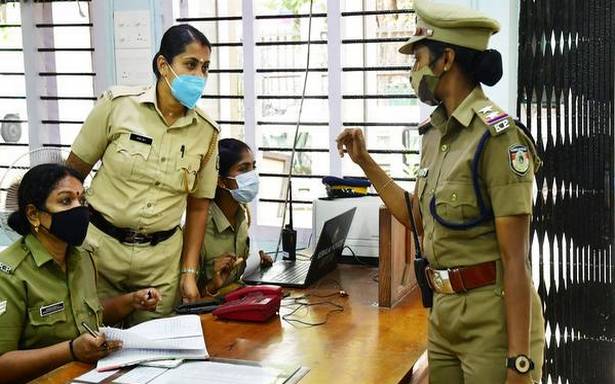