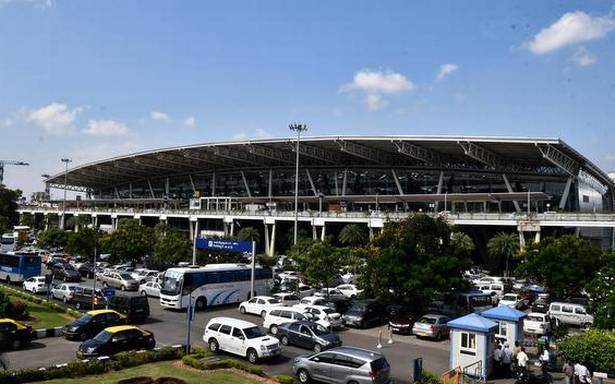 After a chase police patrol teams nabbed three men, who snatched the chain of a techie during the late hours of Saturday. One of the accused, while trying to flee, fell into a ditch inside the Chennai Airport’s administrative office premises.

According to police, Andrews (29) of Virugambakkam, who works in a software company, was heading to Tambaram to meet a relative late on Saturday night when three men on bike picked up a quarrel with him near Alandur.

Frightened, he rode away but the three men started chasing him. "As he could not find any policeman at important junctions on the GST Road, Andrews rode into the airport. By then the three men intercepted him, snatched his chain and rode away. But upon seeing a traffic police patrol team, the three tried to escape. But Andrews alerted the police and the patrol vehicles from Meenambakkam and Airport and traffic police started chasing the trio," said a police source.

As they were not familiar with the airport premises, they rode into the admin block. "As it is dark, they rode into a ditch and one of them fell into it and two others fell on the road. The three were injured and they were given first aid," added the source.

The three were identified as Manikandan (29), Imran (28) and Devan (25) and they are from MMDA near Arumbakkam, claim police. Further investigation is on.