The Chief Minister has challenged the opposition to prove the charges against his family. On Monday, he declined to comment on the police action against the channel. 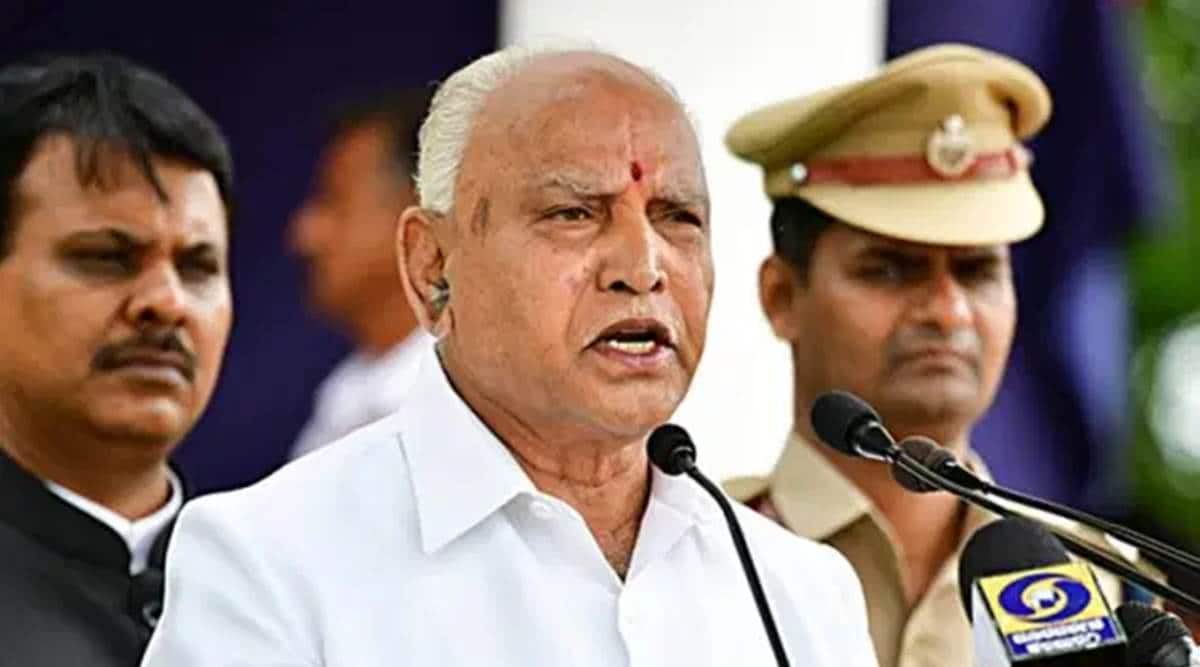 Bengaluru Police began an investigation on Monday against officials of a private television channel that recently aired a sting alleging the involvement of members of Chief Minister B S Yediyurappa’s family in acts of corruption.

Police carried out searches at the offices of Power TV and the home of its managing director-editor Rakesh Shetty, and also questioned an anchor. The investigation was triggered by a complaint filed by the director of a construction firm who has been cited by the channel as a source of information on the alleged corruption involving the CM’s family.

The channel has run a series of programmes over the last month using a sting audio of alleged conversations of Rakesh Shetty with an important member of the CM’s family, WhatsApp chats exchanged by a construction firm official with another member of the family, and documents showing large deposits in banks accounts of firms linked to a family member.

After the sting was aired, the opposition Congress demanded Yediyurappa’s resignation, and a probe into the allegations by a sitting judge of the Supreme Court or a Special Investigation Team (SIT) monitored by the Chief Justice of Karnataka High Court.

The Chief Minister has challenged the opposition to prove the charges against his family. On Monday, he declined to comment on the police action against the channel. “The matter is in court,” he said.

Amid political controversy over the sting, a police complaint was filed on September 24 by Chandrakanth Ramalingam, a director in Ramalingam Construction Company Limited (RCCL), which is involved in construction and irrigation projects in the state, alleging that the MD of the channel had coerced him into saying he had made payments to political persons, and had recorded the conversations.

Police have registered a case of criminal intimidation, forgery, extortion, cheating, and criminal conspiracy against the MD-editor of Power TV and others.

Ramalingam has alleged that he was approached by the MD in June, claiming he had connections to Home Minister Amit Shah, and could swing central and state contracts for RCCL.

According to the complaint, a copy of which was produced in the state legislature on Saturday by Law Minister J C Madhuswamy, the MD obtained details of RCCL’s projects in Karnataka, and offered to get an outstanding amount of Rs 140 crore from the Bengaluru Development Authority for a housing project in return for a 5 per cent commission. The company paid the channel official Rs 25 lakh after receiving a payment of Rs 7.79 crore from BDA in August.

Power TV claimed on Monday that it was in fact, the RCCL official who had approached it for help to get projects cleared. The channel has accused the government of getting the official to file the police complaint.

Incidentally, a criminal defamation notice issued on behalf of Yediyurappa’s younger son B Y Vijayendra to Power TV last week said the channel was targeting Vijayendra after he turned down a request by a channel official to transfer a deputy commissioner of police.

The sting was aired by Power TV amid a temporary injunction obtained from a senior civil judge by BJP worker C Nagaraja Gowda, prohibiting broadcast of “allegations against the Chief Minister of Karnataka, his family members and the BJP on the basis of false, fabricated and concocted stories”. The ex parte injunction was granted on September 2.

Law Minister Madhuswamy asked the Congress on Saturday how it could rely on “baseless charges” in a sting operation to accuse the government of corruption.