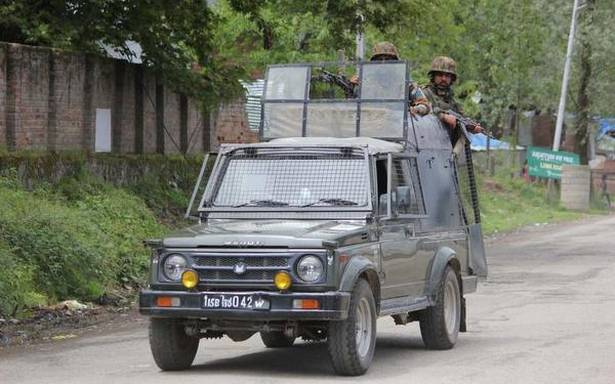 His colleague assumed there was an attack by anti-national elements.

A policeman died of bullet injuries after his colleague opened fire late on September 21, mistaking him to be an “anti-national element” in north Kashmir’s Handwara.

A police spokesman said the policeman, Ajay Dhar, a resident of Handwara’s Langate, suffered bullet injuries when “a sentry assumed there was an attack by anti-national elements and opened fire.”

“He succumbed to his injuries later,” the police said.

According to the police, Dhar was “forcefully trying to enter a temple at midnight” in the area.

The body of a missing soldier has been recovered after a year in south Kashmir’s Kulgam.

However, the police are yet to confirm the development.

Wagey worked with the Territorial Army and was missing since August 2, 2020.