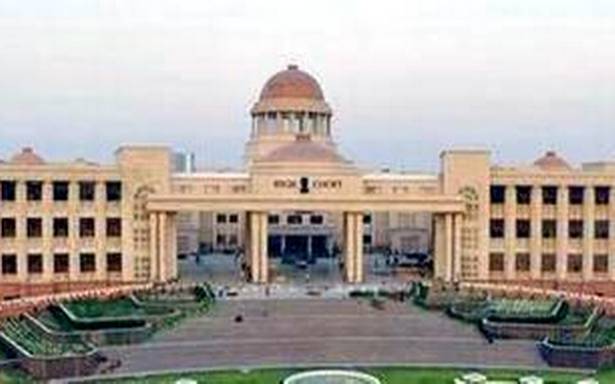 “One day these gangsters and criminals will become ‘Bhasmasur’ and will make such a serious dent to the country and its democratic set-up which cannot be repaired,” the Allahabad High Court said

The Allahabad High Court on Tuesday expressed concern over political parties welcoming criminals to their fold and fielding them in elections and called for stopping this trend, saying that these criminals will one day become ‘Bhasmasur’ for the country.

The two were arrested for allegedly tipping gangster Vikas Dubey about an impending police raid at his house in Bikru village of Kanpur on July 2 last year. Aware of the impending raid, Dubey’s accomplices had ambushed the police team, killing eight of them, including a deputy SP-rank officer.

“There is a concerning trend that one or other political party welcomes gangsters and criminals involved in organised crime in the party and try to back and protect them, painting and spreading an imaginary image of Robin Hood,” Justice Srivastava lamented.

Seeking an immediate halt of this trend, he added, “They are given tickets to contest elections and sometimes they win also. This trend needs to be stopped as soon as possible.” Justice Shrivastava refused to bail out the two police officials saying that it was evident that the accused applicants had prior information regarding the police raid and they ‘evidently’ revealed it to the gangster.

“All the political parties should sit together and are required to take a decision that gangsters and criminals will be discouraged in politics and no political party will give tickets to them in elections,” Justice Srivastava said.

He also exhorted the political parties to rise to the occasion to counter the criminalisation of politics.

“The political parties should rise to the occasion and must guide themselves keeping in view that there cannot be a concept of ‘my criminal’ and ‘his criminal’ or ‘my man’ and ‘his man,’ as a gangster is a gangster only,” Justice Shrivastava said.

“One day these gangsters and criminals will become ‘Bhasmasur’ and will make such a serious dent to the country and its democratic set-up which cannot be repaired,” the court said.

"There are policemen, maybe very few in numbers, who show their loyalty more to such gangsters than to their department for the reasons best known to them," the court observed.