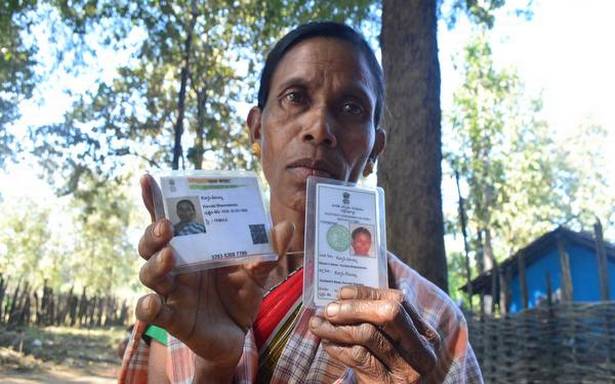 The reduction of polling time for two hours is also prompting voters to cast their vote early at the polling centres.

The third-phase Gram Panchayat polling commenced on a peaceful note on Wednesday morning in the 1734 polling centres falling in the Naxal-affected pockets in the East Godavari agency.

Amid huge deployment of police personnel and Central Reserve Police Forces on the State borders of Chhattisgarh and Odisha with the East Godavari agency, the tribal voters are turning up to the polling centres to exercise their franchise.

On the other hand, the reduction of polling time for two hours is also prompting the voters to cast their vote early at the polling centres. The total voters are 2.6 lakh in the East Godavari agency, where polling is being held in the 186 Gram Panchayats.

According to East Godavari Collector D. Muralidhar Reddy has said; “The polling per cent is 16.21 in the Yetapaka Revenue Division and 13.65 in the Rampachodavaram Revenue Division in the first three hours of polling.”

It is learnt that the district authorities have deployed the polling staff a day ahead of the polling, avoiding any inconvenience owing to absence of communication system in the challenging terrain of the hills and forest cover in the agency.

East Godavari SP Adnan Nayeem Asmi told The Hindu, “Everything is in place to complete the counting by 5.00p.m. in the Naxal-affected agency and the polling will be closed at 3 p.m.”