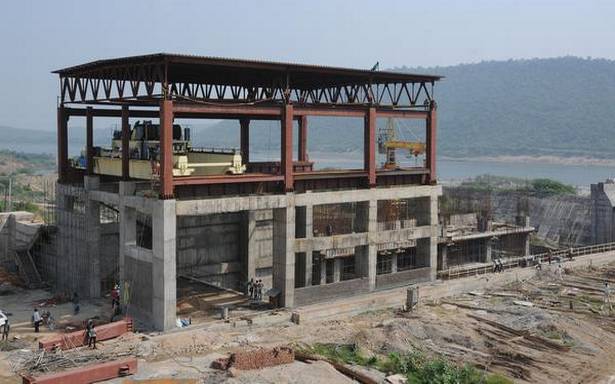 Reasons for halt in production not clear

Power production was stopped at the Dr. K. L. Rao Sagar Pulichintala Project on Monday, 12 days after the exercise first began on June 29 and soon became one of the central points of water stress between the two Telugu States.

Reasons for the halt in production, whether for decline in inflows from upstream Srisailam and Nagarjunasagar Projects or as a policy instruction, were not clear.

According to a senior project official, power generation through one unit continued till Monday night and was stopped with instructions from the headquarters. The official, however, did not disclose figures on power produced during June 29 and July 12.

The joint multi-purpose project was in the midst of high-tension situation last week, when leaders and media persons from Andhra Pradesh attempted heading to the project, “to visit, examine the project and ascertain some facts.”

All the while, the Andhra Pradesh government stuck to its point and condemned Telangana’s actions, to saying protocols for water utilisation in the Pulichintala balancing reservoir mandate sufficient storage and should be used only when the season coincides with agricultural practices in the Krishna delta.

“Telangana is setting aside irrigation responsibilities for illegal power generation. TMCs of water is just being drained into the sea,” AP Irrigation officials and its leaders earlier stated.