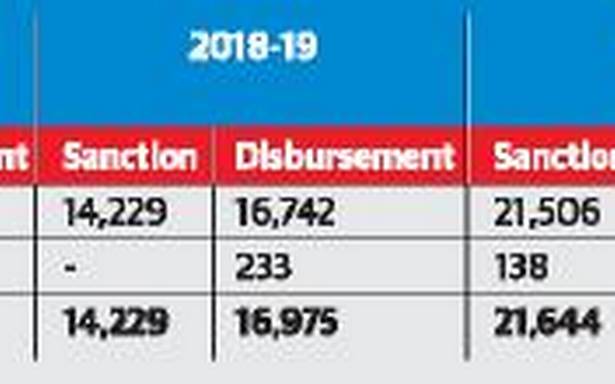 ₹10,395 crore has been released till the end of the third quarter

The State power utilities are hopeful of receiving the full quantum of the sanctioned loan from the Power Finance Corporation (PFC) before the end of the financial year.

The PFC has sanctioned ₹14,868 crore for the current fiscal, of which ₹10,395 crore has been released till the end of the third quarter ending December 31. The State, however, did not receive the full quantum of the sanctioned loan amount since the last four years, barring 2018-19.

The State is among the top beneficiaries of the PFC in the form of loans accounting to almost 20% of the total loans sanctioned by the corporation during the period. Officials attributed the delays in release of loan amounts to the long gestation periods of the projects taken up in the State spanning four to five years.

“Since projects have long gestation periods, releases will be made accordingly depending on the claims submitted on the progress of the ongoing works,” a senior official told The Hindu. Moreover, the loans were not restricted to major projects like Yadadri and funds were being raised for certain components of the prestigious Kaleshwaram project too. “Sanctions have been given for taking up works like installation of pumping schemes of the project which involve electro mechanical component,” the official said.