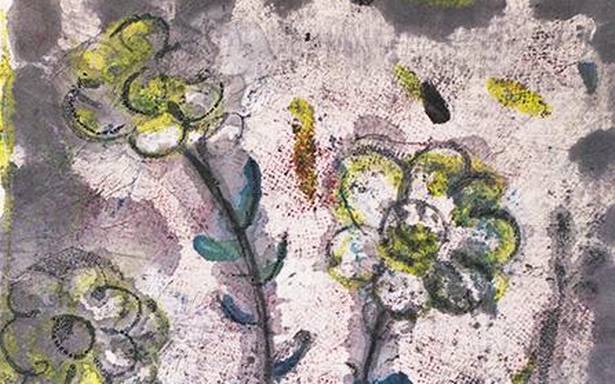 It will held at Chitrakala Parishath from October 7 to 10

Theatre personality Prasanna has turned artist and plans to auction the works he did on fabric during the second wave of the pandemic. The money raised will be used to set up a design centre at Charaka, where artisans from across the State will be trained in a variety of design technologies.

During the first wave, Charaka, a women’s self-help group based out of Heggodu, continued production of cloth through the lockdown, and with no market for the goods produced, stared at insolvency. “In the first wave, we only wanted to give work and pay, so we produced in excess and suffered losses. We learnt our lessons. During the second wave, we pooled our resources and took to retrain our artisans, paying them salaries, making use of the lockdown,” said Mr. Prasanna.

Through two months, the women at Charaka were trained in a variety of textile printing technology – block printing, stencils, and various imprints. For the first time, Charaka also experimented by using mud as a dye. “We had not done it before as only certain kinds of mud found in North India was suitable. But we experimented with a few colours of mud available in Malnad and found success,” he explained.

“Inspired by the creative rush, I did nearly a hundred paintings in two months, all of nature on fabric using various methods to teach artisans. I used them as teaching aides. Artist Niranjan joined me and did several paintings too,” he said.

The paintings will be up for auction at Chitrakala Parishath from October 7 to 10 as part of the Pavitra Vastra Abhiyan exhibition, which also features a new line of apparel with printed designs in which the artisans were trained during the second wave. The works will have a base price of ₹10,000 and will go to the highest bidder.

“We intend to raise over ₹12 lakh to develop the design centre at Charaka. We want to develop Charaka into a design, marketing centre, and decentralise production to whoever is ready. We will train them, provide aid, and help them in marketing as well,” Mr. Prasanna said. In the short run, women working at Charaka will be trained in Hase art, a wall painting art to adapt it to fabrics.