Kishor had met West Bengal Chief Minister Mamata Banerjee in Kolkata on Thursday, raising speculation about working with her in the near future to help her foil the BJP's growing influence in the state. 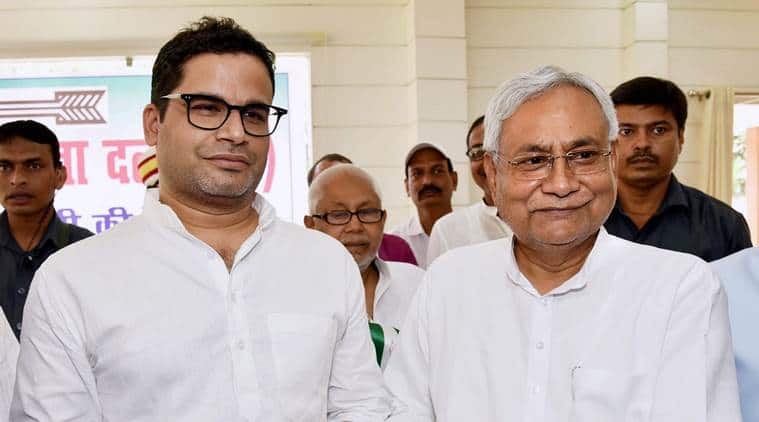 The ruling JD(U) in Bihar has nothing to do with its vice president and poll strategist Prashant Kishor’s organisation that devises poll strategies for political parties, a senior party leader said Sunday.

Kishor had met West Bengal Chief Minister Mamata Banerjee in Kolkata on Thursday, raising speculation about working with her in the near future to help her foil the BJP’s growing influence in the state.

The chief minister and Kishor are understood to have agreed that the poll strategist’s organisation, I-PAC (Indian Political Action Committee), would provide professional assistance to the Trinamool Congress for the 2021 Assembly polls.

Banerjee’s meeting with Kishor took place at a time when the TMC supremo is facing a tough challenge from the BJP on her home turf.

“The JD(U) has nothing to do with I-PAC… It is not a part of JD(U) either. Why was this question not raised when he (Kishor) worked for Jagan Mohan Reddy in Andhra Pradesh Assembly elections,” JD(U) national chief general secretary K C Tyagi told a press conference convened to brief the media on the JD(U)’s national executive meeting chaired by Bihar Chief Minister and party national president Nitish Kumar.

The I-PAC came into limelight in 2014 when it handled the campaign of Narendra Modi. A year later, Kishor worked as a poll strategist for the ‘Mahagathbandhan’ (grand alliance) in Bihar comprising the JD(U), RJD and Congress before moving his base to Punjab and Uttar Pradesh where he was actively engaged with Congress campaign.

Party chief Nitish Kumar had said on Saturday that “Kishor will come up with an explanation that answers all the questions.”

The JD(U) had on Saturday distanced itself from Kishor’s decision to offer services as a poll strategist to the West Bengal Chief Minister.

Asked whether Kishor explained before the party president about the issue of offering professional help to the Trinamool Congress, Tyagi said, “Kishor had a talk with Nitish Kumar on the issue and the matter has now ended.”

He made it clear that party has no problem with his company offering professional help to anyone. “There is no confusion and rift on the issue,” he said.

Tyagi also announced the schedule for holding the party’s organisational polls to elect its new national president in October with Anil Hegde being appointed as the Returning Officer.

Kumar, the JD(U) chief, had on Saturday launched a nationwide membership drive aimed at expanding the partys base at the partys state headquarters here.