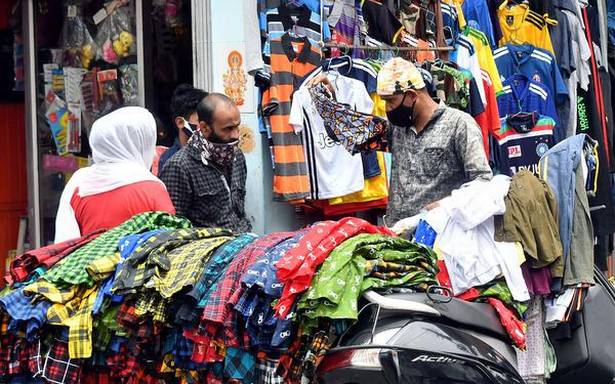 The decision by the Kerala government to ease COVID-19 curbs on retail sales for three days from July 18 ahead of Bakrid, has evoked mixed response. A large section of the public welcomed the brief respite after 71 days of tough curbs.

However, Congress spokesperson Abhishek Singhvi tweeted: “Deplorable act by Kerala Govt. to provide 3 days relaxations for Bakra Id celebrations especially because it’s one of the hotbeds for COVID-19 at present. If Kanwar Yatra is wrong, so is Bakra Id public celebrations.”

The Indian Medical Association also objected to the easing of curbs and threatened to move the Supreme Court against the decision.

Pointing out that the average test positivity rate remained unyieldingly high at 10.76% and was worryingly above 15% in at least 205 LSGI limits, the IMA urged the government to withdraw the relaxations immediately as the spectre of a third wave loomed.

However, traders have warned that they will protest against any roll back. They have also demanded an incremental easing of curbs on retail activity in the run-up to the Onam-Muharram shopping season. Onam sales account for nearly half of the annual retail business in Kerala.

Meanwhile, the police fanned out in strength across the State to enforce the mask and physical distance mandate.

The current easing of restrictions is applicable only in localities where the average test positivity rate is less than 15%. In areas where the spread is higher than the safety threshold of 15%, the relaxations will kick in only for one day on Bakrid eve on Monday.

Mosques, temples and churches admitted worshippers in limited numbers. Managements limited the number of worshippers at a time to less than 40.