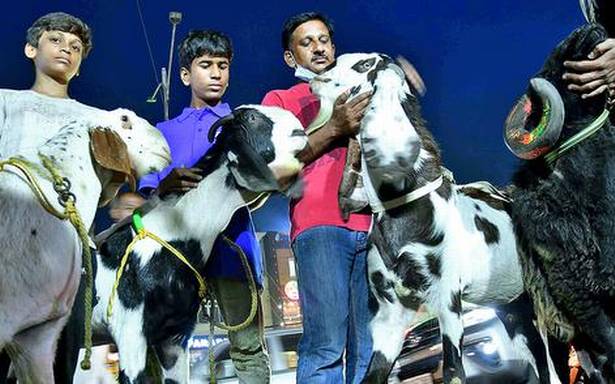 Arrangements being made at eidgahs for Eid-ul-Adha prayers

Those buying animals for the annual ritual sacrifice have to shell out larger sums of money with traders increasing prices between ₹ 2,000 and ₹ 6,000 per sheep, ahead of Eid-ul-Adha, popularly known as Bakrid.

The festival is being celebrated on Wednesday. A night before Bakrid, a large number of people were seen trying to strike a bargain with traders at the seasonal sheep markets in Mehdipatnam, Toli Chowki, Balapur, and Jiaguda, among others areas. These areas witnessed heavy activity with cattle arriving from several parts of Telangana, Maharashtra and Andhra Pradesh.

“Traders have been claiming that the increase in diesel prices have hit them and thus, there is a spike in prices. But increasing the price by ₹ 2,000 or ₹ 3,000 per sheep seems strange as they bring large number of animals into the city, and the increase in transportation cost evens out to a large extent. I bought a pair from the Balapur market for ₹ 22,000. This is around ₹ 4,000 more than what I had paid last year for sheep of approximately similar size,” said S.A. Raheem, a resident of Saidabad.

Mohammed Abdul Rafey, a businessman and resident of Noor Khan Bazaar, said he visited the Balapur, Jiaguda and Mehdipatnam markets over the last two days. The prices in all these markets, he said, are approximately the same. He too observed that prices this year are higher. “I tend to visit as many markets as I can to see what the trends are. Traders are quoting at least ₹ 25,000 per pair for mid-sized sheep but are largely closing the deal for anything between ₹ 20,000 and ₹ 23,000. This is higher as compared to last year,” he said.

However, some others opted to buy sheep smaller in size. For instance, Syed Zain, a techie, said he bought a sheep which traders claimed would yield between 7 kg and 9 kg of meat, for ₹ 7,200.

Meanwhile, the officials of Telangana State Waqf Board, in conjunction with legislators and police, said that they have made adequate arrangements for the Eid prayers at all eidgahs. Mosques across the city too were seen making preparations on Tuesday night for worshippers scheduled to arrive in on Wednesday morning. 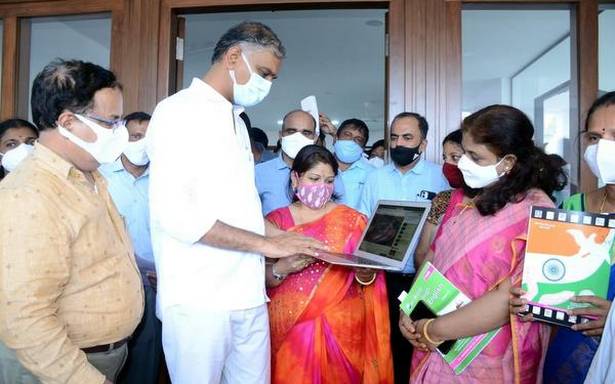