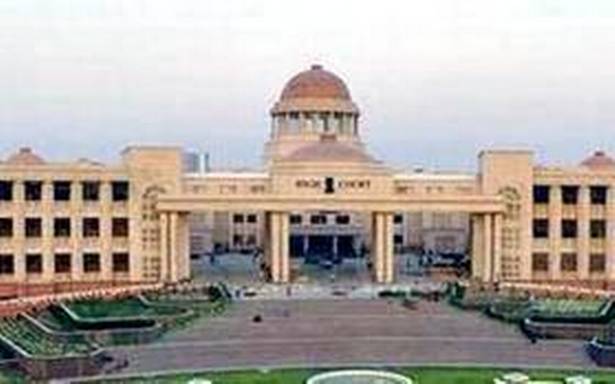 The requirement of publication of notice under Section 6 and inviting or entertaining objections under Section 7 can only be read as directory in nature, the court held.

In a significant judgment affecting inter-faith couples seeking to get married under the Special Marriage Act, 1954, the Allahabad High Court has ruled that it would be optional and not mandatory for them to publish a notice about their intended marriage.

The provision for mandatory publication of notice, derived through “simplistic reading” of the particular law, “would invade in the fundamental rights of liberty and privacy, including within its sphere freedom to choose for marriage without interference from state and non-state actors, of the persons concerned,” the court said in a judgment delivered on January 12.

Since the matter relates to protection of fundamental rights of a large number of persons, the judge directed the senior registrar of the court to send a copy of the order to U.P. Chief Secretary. The same is to be communicated “to all the marriage officers in the State and other concerned authorities as expeditiously as possible”.

‘Requirement of publication of notice directory’

“In case they do not make such a request for publication of notice in writing, while giving notice under Section 5 of the Act, the Marriage Officer shall not publish any such notice or entertain objections to the intended marriage and proceed with the solemnisation of the marriage,” the court said.

The requirement of publication of notice under Section 6 and inviting or entertaining objections under Section 7 can only be read as directory in nature, to be given effect only on request of parties to the intended marriage and not otherwise, the court observed in a 47-page judgment.

The interpretation of Sections 6 and 7 read with Section 46 containing the procedure of publication of notice and inviting objections to the intended marriage has to be such that would uphold the fundamental rights and not violate them, the court said.

The court was disposing of a habeas corpus writ filed by a Muslim woman who married a Hindu man after converting to his religion and as per Hindu rituals.

The woman’s father, however, objected to her living with her husband, despite the couple getting married on their own free will. The woman and her father appeared in person for the hearing on the direction of the court. The woman expressed her desire of wanting to live with her husband and the father too “fairly accepted” her decision.

The couple told the court they could have solemnised their marriage under the Special Marriage Act, 1954, but for the requirement of 30-days notice. They said such a notice was an invasion of their privacy, drawing unnecessary social pressure and interference in their life.

The personal laws do not impose such a condition before solemnising a marriage, the couple submitted. The counsel for the petitioners also stated that the situation may become more critical with the notification of Uttar Pradesh Prohibition of Unlawful Conversion of Religion Ordinance, 2020.

The counsel further said that young couples are not in a position to raise these issues before getting their marriage solemnised as any litigation further attracts unnecessary invasion into their privacy, exerting pressure against their choice of a life partner.

Justice Chaudhary noted that marriages under personal laws were performed by a religious head and did not require publication of any notice or calling for objections with regard to such a marriage. However, under the Special Marriage Act, 1954 any person can object to the marriage on the ground that it violates any of the conditions of Section 4.

“There is no apparent reasonable purpose achieved by making the procedure to be more protective or obstructive under the Act of 1954, under which much less numbers of marriages are taking place, than procedure under the other personal laws, more particularly when this discrimination violates the fundamental rights of the class of persons adopting the Act of 1954 for their marriage,” the court said.

However, if individuals opt for the publication of the notice of their own free will under theSpecial Marriage Act, 1954, such a publication and further procedure would not be violative of their fundamental rights, the court said.