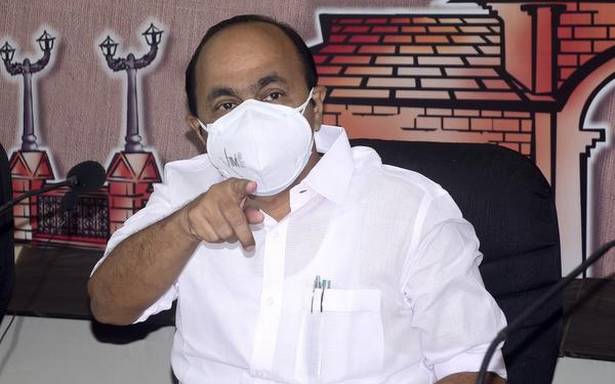 Leader of the Opposition V.D. Satheesan has reiterated the demand that accurate data on COVID-19 deaths in Kerala should be published by re-determining the death toll using World Health Organisation (WHO)/Indian Council for Medical Research (ICMR) guidelines.

“The State government should take steps to publish accurate data on deaths that occurred during the first and second waves of the pandemic. The government can easily do it in 10 days. Moreover, the Supreme Court has insisted that the ICMR guidelines should be used to classify COVID-19 deaths,” Mr. Satheesan told a meet-the-press organised by the Kerala Union of Working Journalists here on Wednesday.

Earlier, Mr. Satheesan had pointed out that under-reporting of the deaths could deny families which lost breadwinners to the pandemic a chance to apply for assistance in the future.

The WHO has put out precise guidelines for classifying COVID-19 deaths, he noted, calling for a review of the activities of the committee set up for auditing the deaths in the State.

There is a lack of clarity in Health Minister Veena George’s stand that the State government was willing to examine complaints regarding non-inclusion on the list. “To file a complaint, the next of kin needs to know whether the death has been included on the government’s list or not in the first place,” Mr. Satheesan said. The Opposition may be forced to take up the responsibility if the State government failed to shoulder it, he added.

Absence of accurate data and under-reporting of deaths could seriously hamper the State’s preparedness for tackling a possible third wave of the pandemic, he said.

Mr. Satheesan also urged the State government to carry out a socio-economic impact of the pandemic and initiate judicious measures to ease the financial burden on the people.