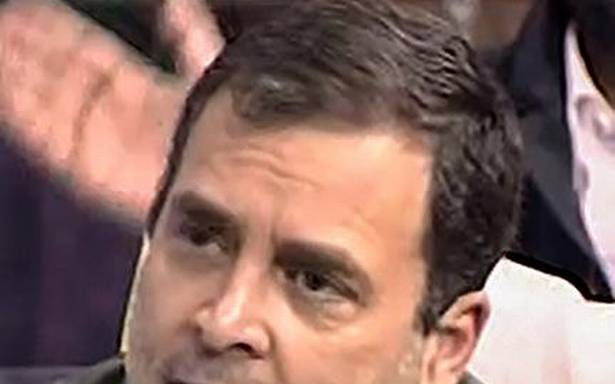 No tie-up with Trinamool: Venugopal

Mr. Gandhi, who returned from abroad late on Sunday night, met the senior leaders to take stock of the situation where the party is hoping to emerge victorious.

For the 40 Assembly seats, the Congress has announced 15 candidates and formalised a tie-up with the Vijay Sardesai-led Goa Forward Party (GFP).

But the meeting assumes significance as it comes just days after Trinamool CongressGoa in-charge and Lok Sabha member Mahua Moitra said her party was ready for an alliance with the GFP and the Congress.

“The rumour in circulation that a possible alliance with TMC was discussed by Shri @RahulGandhi in today’s meeting is completely baseless & untrue.We will put Goa back on the path to progresssoon,” Mr. Venugopal tweeted late on Monday after his meeting with Mr. Gandhi.

Responding to Ms. Moitra, Mr. Chidamabaram, the senior poll observer for Goa, had said the Congress was capable of defeating the BJP on its own but added, “If any party wants to support the Congress to defeat the BJP, why should I say no?”

The TMC, aiming to emerge as a national player, had entered the electoral fray in Goa by poaching former Chief Minister and senior Congress leader Luizinho Faleiro, as its CM face. West Bengal Chief Minister Mamata Banerjee too made two trips to Goa and interacted with a cross section of society to present the TMC as a serious player.

The party has also tied up with the Maharashtrawadi Gomantak Party. However, many in political circles believe that the TMC’s campaign may have lost steam and hence may be recalibrating its strategy.