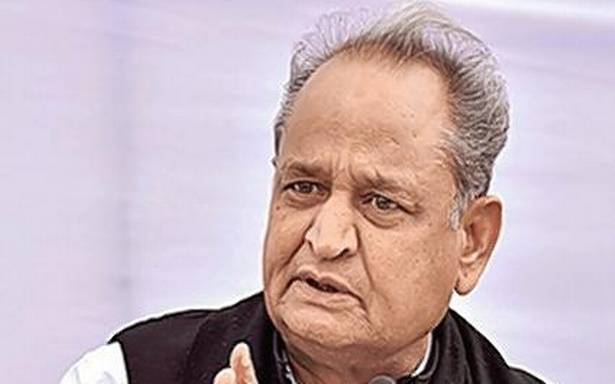 Chief Minister Gehlot was reviewing the power supply situation in the State in a meeting held at his residence.

Rajasthan Chief Minister Ashok Gehlot on Sunday expressed happiness over the resumption of power production in some of the closed units of Suratgarh, Kalisindh and Kota thermal plants in the midst of the coal crisis. He directed officials to maintain power supply ahead of the festive season and coordinate with the Centre to ensure adequate supply of coal.

Explained | What is the extent of India’s coal crisis?

Mr. Gehlot was reviewing the power supply situation in the State in a meeting held at the Chief Minister’s residence. He said that in order to give relief to the people, the State government has purchased electricity worth ₹182 crore in October.

Coal India Limited’s subsidiary company NCL and SECL are supplying coal on an average of 5-6 rakes per day out of 11 rakes allotted to the State. Due to this, the thermal power plants have not been able to generate power with full capacity. Mr. Gehlot also directed officials to coordinate with the Union Environment Ministry to start mining in 1,136 hectares of the second phase of Parsa Kanta captive coal block and to obtain clearance for it at the earliest.

In a review meeting of the Public Works Department, Mr. Gehlot said that construction and repair of roads in the State are among the priorities of the State government. He said that officials of the Department should not compromise on quality and engineers should check the quality of construction works by inspecting them from time to time.

Mr. Gehlot said it should be ensured that the contractor repairs roads if they are damaged during the liability period.

The Chief Minister said that in eight districts, proposals worth ₹145 crore have been invited, where the roads are in a bad shape.