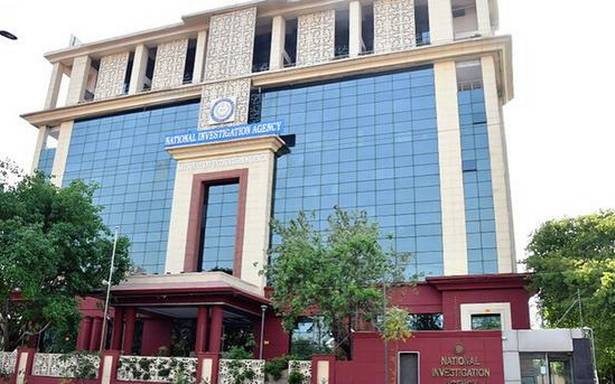 All the accused have been charged under multiple non-bailable sections of the Indian Penal Code and the Unlawful Activities (Prevention) Act, an official said.

The National Investigation Agency (NIA) has named Trinamool Congress member Chhatradhar Mahato and 12 others in its charge sheet in the 2009 Rajdhani Express hostage case, an official of the investigating agency said on Friday.

It has named Mahto, who was the convenor of the Maoist-backed People Against Police Atrocities (PCPA), as the prime accused along with his brother Shashadhar Mahato and the late Maoist commander Kishenji in its around 50-page charge sheet filed before an NIA special court on Thursday, the official said.

All the accused have been charged under multiple non-bailable sections of the Indian Penal Code and the Unlawful Activities (Prevention) Act, he said.

Kishenji was killed on November 24, 2011 in a operation by Commando Battalion for Resolute Action (CoBRA) assisted by over 1,000 members of the Central Reserve Police Force, who had cordoned off a forested area in West Midnapore district near the Bengal-Jharkhand border.

Chhatradhar Mahatao, who was one of the frontline leaders of the Lalgarh movement had been arrested in September, 2009 by West Bengal Police who had posed as journalists in connection with a landmine blast set up by Maoists in Salboni in 2008 for the convoy of the then West Bengal Chief Minister Buddhadeb Bhattacharya and the then Union Steel Minister Ramvilas Paswan.

Santosh Patra had taken over PCPA’s leadership after his arrest.

The New Delhi-Bhubaneswar Rajdhani Express was held hostage a month later October 27, 2009 by the PCPA, which had kidnapped two drivers of train near Banstala in West Midnapore district for allegedly flouting its rail roko call.

Mahato, who was convicted in 2015 and sentenced to life imprisonment, was released from prison after 11 years in February 2020. Soon after his release he had joined the ruling Trinamool Congress. He was, however, arrested by the NIA on March 26 this year, the day after polling was conducted in Jangalmahal.

The chargesheet has been filed within 180 days of his arrest, the official added.