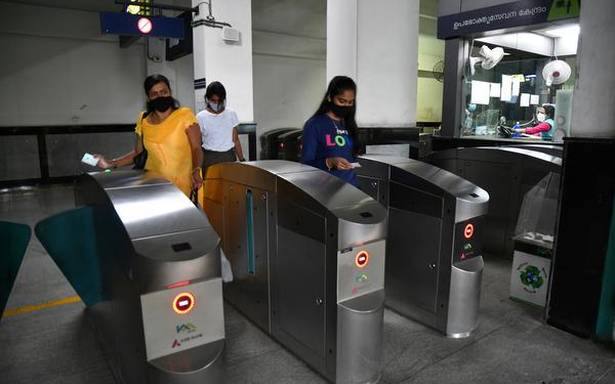 The union and the management should work together to ensure the well-being and growth of Kochi Metro, especially in view of the pandemic situation. On its part, the State government was trying to get the Union Cabinet’s nod for the metro’s extension to Infopark, he said.

In his keynote address, Antony Raju, Minister of Transport, said that the metro agency must woo passengers by reducing the travel fare. It must also mobilise alternative revenue to reduce the revenue-expenditure gap. While pledging support to different issues raised by the union, Mr. Raju said it should come up with ideas that would enable Kochi Metro’s growth.

Former MP, K. Chandran Pillai, launched the website of the union. He spoke of the relevance of public sector institutions and the challenges raised by the new labour law reforms.

The general body elected Breez P. as the new president and Sibi M.M. as the new secretary of the union.