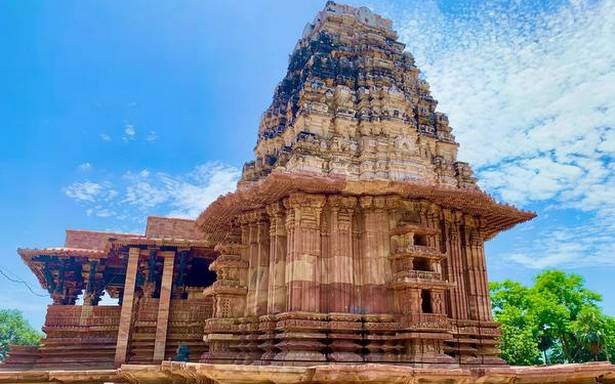 Will Ramappa be a World Heritage Site in 2021 nearly 808 years after it was built?

“The nomination is in its final stages. We have sent a lot of documentation asked by UNESCO. We even sent videos in Arabic, Spanish, Chinese, French, Russian and English. We are sure the inscription will happen during the July 16-31 meeting,” said M. Panduranga Rao of Kakatiya Heritage Trust, which has done groundwork for the Ramappa Temple nomination.

Setting out reasons for deferring the decision, the committee has asked for nine additional steps to improve the case for inscription. It has also asked for improving the conservation methods adopted at the site.

The Glorious Kakatiya Temples and Gateways were added to the tentative list of World Heritage Sites in 2014 and included three serial sites: Remnants of Swayambhu temple and Keerthi Thoranas, Warangal fort; Thousand Pillar Temple, Hanamkonda and Ramappa Temple, Palampet. “Subsequently, this nomination was modified to only the ‘Kakatiya Rudreshwara (Ramappa) Temple’ as we realised that creating a 100-metre prohibited zone is not possible in the other sites,” informed Mr. Rao.

Incidentally, the provisional agenda reveals that Dholavira in Gujarat, which has Harappan relics, is set to get the World Heritage Site inscription. Both Dholavira and the Kakatiya heritage sites were added to the tentative list in 2014.

A team of officials from UNESCO had visited the Ramappa Temple site in September 2019 and had asked for a few clarifications. Now, the world body has asked India to take advice from ICOMOS to redefine the nomination approach.

“Redefine the nomination approach to include the wider context of Rudreshwara (Ramappa) Temple and accordingly enlarge the boundaries and buffer zone of the nominated property to include the architectural and engineering structures as well as natural features which form the historic dharmic context as well as the economic and functional basis of the temple,” says the recommendation paper. The world body also asked for a comparative analysis, expand the conservation approach to the Ramappa Lake, water channels and smaller temples as well as undertake a Heritage Impact Assessment of development projects near the Ramappa Lake.

The world body has also asked for a “schedule and detailed methodology for the reassembly and conservation of Kameshwara Temple”. The ruined Kameshwara temple on the right side of the Ramappa Temple was dismantled by the Archaeological Survey of India but has not yet been restored.

While the WHC usually sticks to the provisional agenda due to the nature of documentation involved, it remains to be seen what decision it takes on the ninth item in the order of presentation at the extended 44th session. Will Ramappa be a World Heritage Site in 2021 nearly 808 years after it was built?