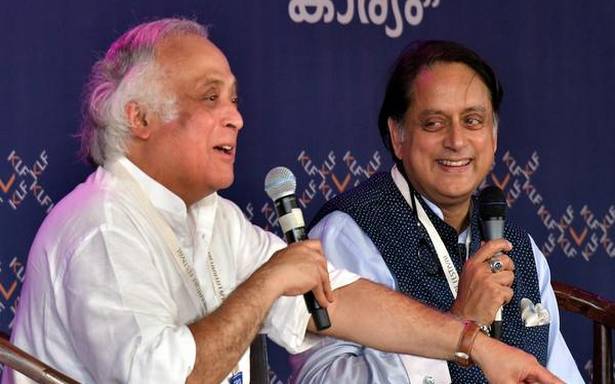 Issues of utmost importance must be discussed, say Congress MPs

With the country in midst of a virulent second wave of COVID-19 pandemic, there has been no meeting of the Parliamentary standing for more than a month now.

“I am requesting this once again for the umpteenth time. Speaker Lok Sabha @ombirlakota and Chairman Rajya Sabha @MVenkaiahNaidu, please allow virtual meetings of Standing Committees. There are so many issues of utmost public importance that need to be discussed urgently,” Mr. Ramesh wrote in a tweet.

After much back and forth between the committee heads and Lok Sabha Speaker Om Birla and Rajya Sabha Chairman Venkaiah Naidu, the permission was declined citing the confidentiality clause. The government had argued that it was difficult to maintain the confidentiality of the meetings in a virtual environment.

Mr. Tharoor echoed Mr. Ramesh’s plea. The last meeting of the IT committee he called on April 16 had to be cancelled for lack of quorum. “I agree strongly. @Jairam_Ramesh and I had made the same request last year. We are stymied because virtual participation is not allowed and physical meetings are impossible in the present circumstances,” he tweeted.

The critical Parliamentary panels like that of Health, last met on March 17, when the budget session of Parliament was still on. The session also had to be curtailed due the growing COVID cases and ended on March 25 instead of going on till April 8 as per the schedule. The standing committee meetings are often referred to as a mini-Parliament, holding the government accountable on micro-issues.

The Health Committee panel, in its report on COVID management had forewarned about the oxygen shortage and urged the government on “encouraging adequate production of oxygen for ensuring its supply as per demand in the hospitals.”